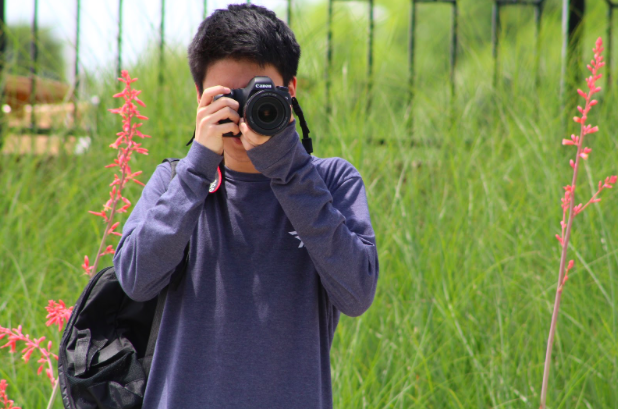 “I didn’t start getting into photography until I went to Cannon Beach, Oregon. It’s nothing significant when you’re there in person. Lots of people say it’s just a big rock in the beach, but I felt like it was so much more than that. I wanted to portray that feeling. I wanted to take a picture and save it and show it people. Whenever I’m there in person at a place, I get an adventurous feeling. I wanted to save that feeling also.My best picture would be in Acadia National Park. I took it during spring break in 2017. This picture took 30 minutes to take. It was basically 90 pictures stacked on top of each other. It was at night, and you could see the stars. What happens when you  stack them on top of each other, it creates trails of light. I wanted to take this picture because in suburban cities, you can’t see the stars. You can see some, but you can’t see that many because there’s so much light pollution. I wanted to see what the stars looked like. My family likes to travel, but when we travel, we travel to a lot of places, so we only stay at a place for two days. I didn’t feel like two days was long enough to get the feeling of that national park, so we stayed longer. After visiting Acadia National Park, I finally started to see that I was pretty motivated to do landscape photography. For example, I woke up at 4 or 5 in the morning to catch a sunrise on the mountain. When I take a picture, I feel a sense of accomplishment. I know that whenever I do take a picture, I feel excited to see what the result will be.”