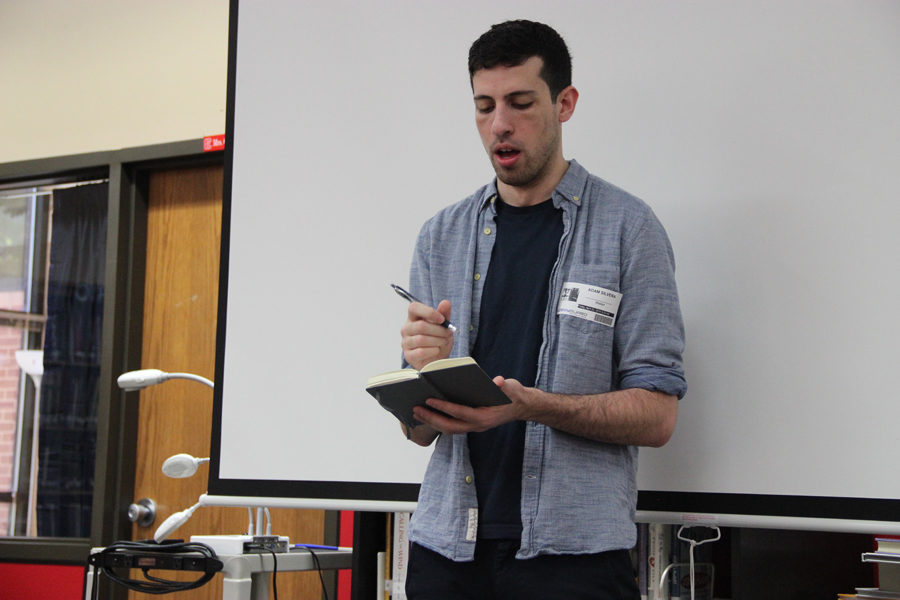 Sporting 11 tattoos and a sassy attitude, bestselling author Adam Silvera strolled into the Coppell High School library on Friday to talk about books.

Silvera began writing at 11, when he wrote Harry Potter fan fiction. He did this until, one day, he decided he needed to write his own story. “You can’t be a famous fan fiction writer,” he said. So he began to write original stories.

Silvera went to a private school, but once his father left his family, his mother could not pay for private school and bills. Because of this he went weeks or months without going to school because they simply could not pay the fees. He did not let this chance go to waste, though, and spent his time off writing.

More Happy Than Not was written because of the misconception around sexuality.

“People think we choose to be who we are,” Silvera said. “I didn’t choose to be gay. I mean, choosing to be gay in south Bronx seems backwards. I was really answering the question: ‘What if you could choose your sexuality?’ And that’s where the involvement of the memory institute [Leteo] was involved.”

The title More Happy Than Not came from the fact that Silvera did not want to write a book with a happily ever after; he wanted the story to end on a bittersweet note because he thought that too many works of fiction had unrealistic expectations of a happy ever after.

There are many similarities between Silvera’s life in the Bronx and protagonist Aaron Soto’s. He called More Happy Than Not “the fan fiction of my life”. The two of them are both gay and both struggle with suicidal thoughts. Those are not the only similarities.

Silvera used some people in his life in his book; for example, Thomas Aaron’s love interest in the book is based off of Silvera’s best friend. The scene where Aaron comes out to Thomas in More Happy Than Not was almost word for word what he said to his best friend.

To understand his characters more, Silvera wrote in the perspective of other characters.

“I had to inhabit each character,” Silvera said. “Doing that was life changing. I was finally able to forgive people who wronged me. And it brought my best friend back into my life.”

Families are sometimes the hardest part; you never know how they will react.

“I knew my mom would be supportive,” Silvera said. “When I showed her a photo of the guy I moved to Texas for, she said, ‘You look good together’. I was so surprised she didn’t say something like ‘I knew all along’. I walked out of the house thinking ‘You stole my thunder’. But then my mom told the rest of my family, and they were all accepting. I got really lucky.”

Even friends sometimes react differently, as was the case for Silvera.

“I came out to other people over Facebook.” Silvera said. “I didn’t expect the people whom I thought would give me backlash gave me the warmest messages. I was ready to fight.”

His first book has received a lot of critical acclaim, but there are positive and negative sides to that.

“I’m super honored to be given praised and given such critical acclaim, but there’s a lot of pressure for the next book,” Silvera said. “I was writing [History Is All You Left Me Silvera’s second book] when all the reviews for More Happy Than Not came in. It influenced me to step up my game.”

And other authors have been very impactful in his life, on and off the page. He made quick friends with others authors like Becky Albertalli, David Arnold and Jasmine Warga.

“I went through a really, really bad suicidal phase this past fall,” Silvera said. “It was really bad. My publisher knew about it. My book was taken off the table. But the first people I told were three of my author friends. I sent them a group text saying ‘I’m feeling this way right now. I’m like really bad’. They called me, and we spoke about stuff. It didn’t necessarily heal me, but being able to talk to them, people I met through books, was so important to me.”

Even though he has had a rough life, Silvera has let his experiences mold him and change his writing.

One Response to “Silvera brings happiness to CHS students” 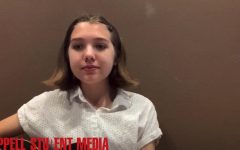 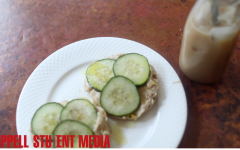 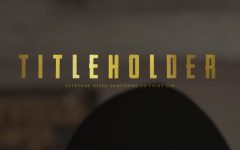 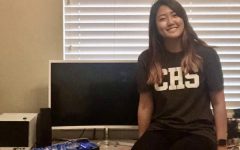 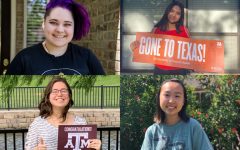