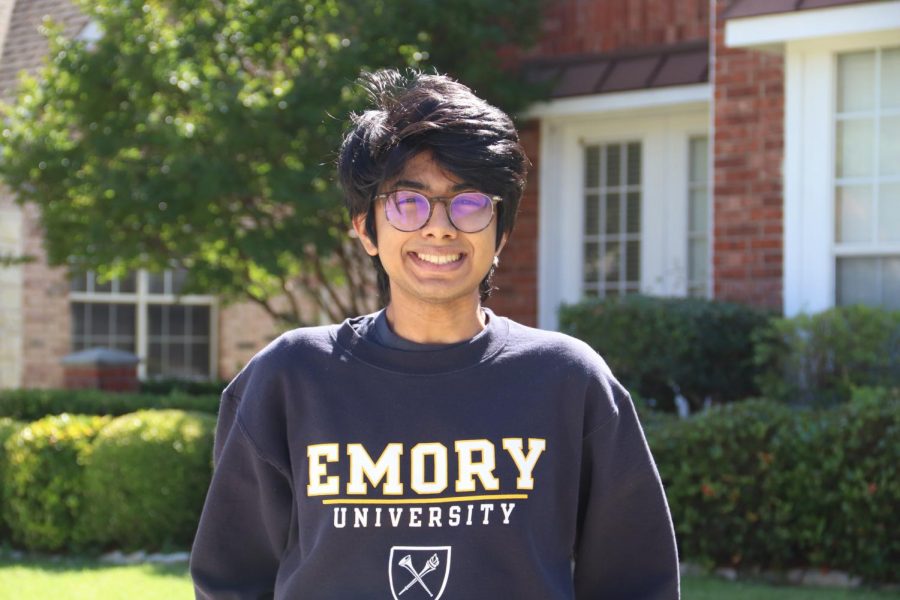 Coppell High School senior Shreyas Rajagopal is ranked fourth in the class of 2020. Rajagopal is attending Emory University in Atlanta as a debate scholar with a major in anthropology.

Coppell High School senior Shreyas Rajagopal is ranked fourth in the class of 2020. He will be attending Emory University in Atlanta to debate for them as a debate scholar and majoring in anthropology and human biology.

Who/What was your inspiration all of these years?

It’s hard to say one particular person has been my inspiration these past four years. I really look to my parents a lot because when we went on vacation to India, I saw the conditions that they grew up in and how they were able to achieve things that they didn’t even know were possible. That’s really pushed me to be the best that I can be.

What advice would you give to underclassmen?

The advice I would give to underclassmen is do what genuinely interests you because the world today is so much about other people telling you what to do. Oftentimes, people end up in mediocre jobs, doing mediocre things and being sort of unhappy. When people pursue the things that they’re passionate about, not only does it drive them to be the best in their field but they’re also happy doing what they want to do.

What are some hardships you faced and how did you overcome them?

Obviously the stress of school and stuff like that and tests and AP exams and SATs, that sort of academic stress, was placed onto everything. It’s less of overcoming it and more of sort of coping with it and I think that having friends who experience very similar things and us being able to share experiences among each other helped us all get through it.

What was your favorite de-stresser through high school?

I know I just said friends but one specific thing that we all like to do together, especially junior year when it was super stressful, every Friday we’d go and get dinner and then go walk in the park and get ice cream. That was a time where we could rant about anything and everything that was stressing us out. That was a really good release mechanism.

How did you balance your extracurriculars with your school?

Honestly, I don’t know how I balanced it. I wanted to pursue debate a lot as my main extracurricular and I also wanted to focus on my academics a lot. I think that because I was so invested in both, inevitably it ended up balancing out. I remember days when I’d come home from school and immediately start grinding and the second half of the evening would be dedicated towards debate. I tried out a lot of different things but somehow it ended up balancing out because of how invested I was in all of them.