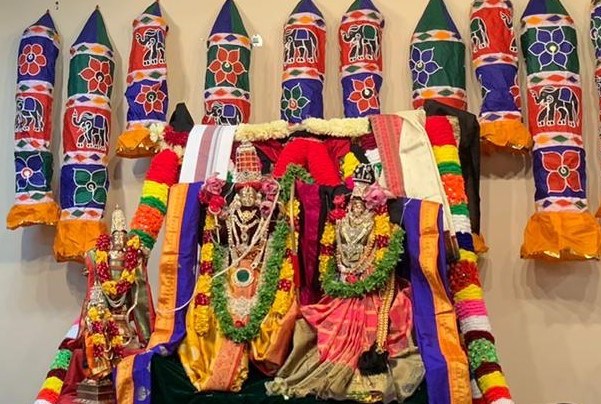 Hindu temples serve food and holy water in their establishments, and all of it is either prepared at home or in the temple itself. However, on March 9, SHHP announced through its Facebook page that it would be suspending the preparation and serving of food and holy water, along with the bringing in of outside food and fruits. Devotees were asked to refrain from touching the idols and visit their physician if they felt ill.

By March 13, SHHP staff had closed the temple and began to live stream all services through their Facebook account. SHHP has since been conducting live streams at 7 p.m. on Mondays and 10:30 a.m. on Thursdays. Along with these, celebrations of important Hindu festivals such as Rama Navami were moved online.

Rama Navami, celebrated on April 2, marks the birth of the Hindu god Rama and is a major festival in SHHP. Preparation began three days before the actual festival, with the first day being devoted to the cleaning of the idols and the second and third for decorating the idols with clothes, jewelry and decorations. On the day of the festival, the complete ceremony was live-streamed.

“We had about six or 7 volunteers come and help us on that day,” SHHP head priest Subrahmanyam Rallabandi said. “[Future events] will be occurring the same way as well, with most of the preparation occurring before the live stream.”

Most temples are reliant on physical donations from devotees when they visit, making the closing of the temple financially problematic. However, SHHP has set up methods for online donation along with a GoFundMe page and is still offering certain separate ceremonies, such as weddings and house warming ceremonies, online.

“There are conflicts [for us],” Rallabandi said. “But since this is a worldwide pandemic, people need to stay at home and keep healthy. We can be mindful and religious at home.”