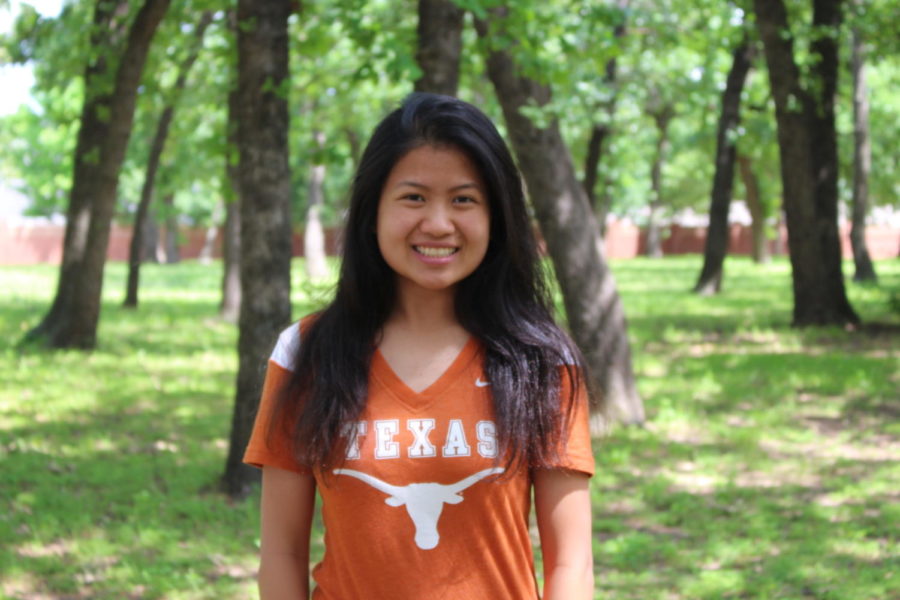 Coppell High School senior Joanne Chen was accepted into the University of Texas at Austin to major in chemical engineering. Though Chen plans to attend medical school and become an orthodontist, she decided to major in chemical engineering at UT for her undergraduate education in order to gain experience in life sciences, which may be useful in medical school, and also have a career to fall back on if she changes her mind.

Chemical engineering isn’t a very common choice for many going into STEM majors. What made you choose it?

When did you realize you wanted to pursue this major/career path?

I really like math, so I didn’t want to do just a science-focused major but instead have a little bit [of] engineering aspects in it as well.

What were you thinking when you were accepted to UT?

I was super excited [when I found out I got into UT], it was unreal… and it was really unexpected because it was around the time everyone was just getting their decisions, and I was one of the earliest ones who was trickling in.

What are your plans after college/other higher education?

What are you most looking forward to most in college as a chemical engineering student?