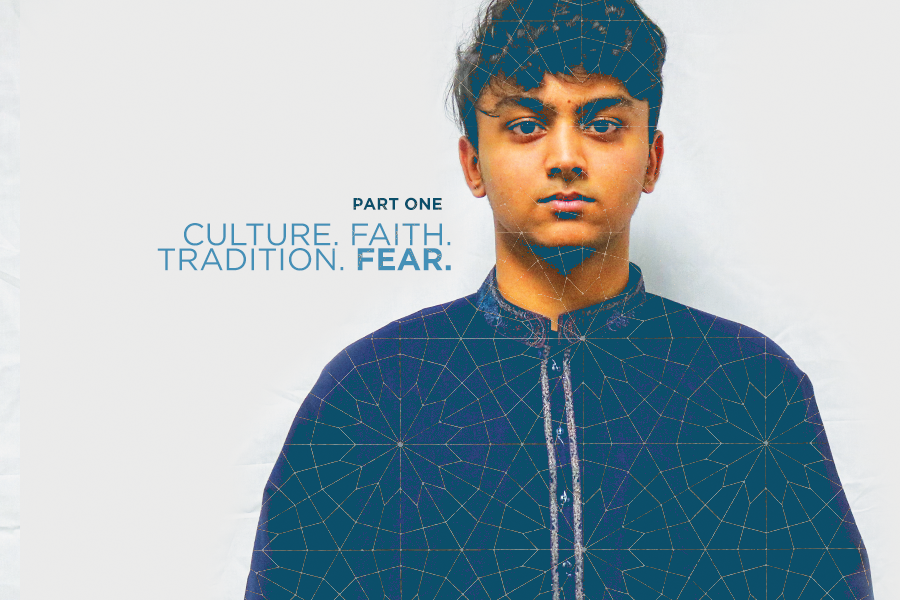 In the wake of the Christchurch shootings, perpetuated by Australian Brenton Tarrant, a 28-year-old self-proclaimed white supremacist, the global Muslim community finds itself at a loss of words. (Kelly Wei)

In the wake of the Christchurch shootings, perpetuated by Australian Brenton Tarrant, a 28-year-old self-proclaimed white supremacist, the global Muslim community finds itself at a loss of words.

Standing in the wake of devastation (Part 1)

On March 16, a pair of mosques in Christchurch, New Zealand suffered what might have once been considered unimaginable, but is now rapidly becoming the new norm.

In the wake of the Christchurch shootings, perpetuated by Australian Brenton Tarrant, a 28-year-old self-proclaimed white supremacist, the global Muslim community finds itself at a loss of words.

Among the dead are a newly wedded couple, a Fiji imam who had come to visit his family, a 3-year-old boy – and countless others, all murdered in the midst of prayer.

Tarrant not only attempted to live stream the attack on Facebook, but published a 73-page manifesto titled “The Great Replacement” preceding the shooting, where he called for all non-European immigrants in Europe who were claimed to be “invading his land” to be removed.

Nearly 8,000 miles away, Valley Ranch Islamic Center (VRIC) imam Yasir Birjas Issa would grapple for answers – and in finding none, begin preparing nonetheless for the difficult conversation to be had with his community.

“I’m still in shock,” said Issa, four days after the attack. “You can’t rationalize the irrational. I just couldn’t get it. How could someone do that? To kill innocent people in a spiritual mode, it doesn’t make any sense.”

The bloodshed isn’t what shocks him the most. Bloodshed at the hands of misdirected hatred, in the War on Terror era, where racism, gun violence and Islamophobia run rampant, was ‘just a matter of when and where’.

“I would expect it to have happened in America or Europe, based off the rhetoric we’ve heard – but not New Zealand,” Issa said. “That’s the shocking part.”

New Zealand has consistently been regarded as one of the safest countries in the world. The 2017 Global Peace Index, which compares 162 countries for the risk of personal violence, rated New Zealand as the world’s second safest country just after Iceland. To compare, the U.S. is rated at 121.

“The fact that it happened so close to where we were, it was scary,” said Coppell High School senior Shruthi Sudhan, who was in Auckland on a family vacation at the time of the attack. “It’s not just, ‘oh, we’re in America’. We were on vacation, and [shootings] are still happening.”

That an attack on this scale, and guided under such hateful rhetoric, would unfold in a traditionally peaceful country is not only unprecedented and unexpected, but a troubling indicator of Islamophobia’s global reach.

“Islamophobia is an industry right now,” Issa said. “Unfortunately, a lot of people are cashing into it.”

This fear and hostility toward Islam existed before the terrorist attacks of Sept. 11, 2001, but has since increased dramatically in frequency and notoriety during the past decade. Gallup News reported in that 52 percent of Americans and 48 percent of Canadians say the West does not respect Muslim societies, with smaller percentages of Italian, French, German, and British respondents agreeing.

Since 9/11, words like “terrorism” and “extremism” have been strongly associated with the Islamic faith. While much of the acts of violence carried out by Muslim groups have been at the hands of fundamentalist organizations such as al-Qaeda, negative stereotyping is inevitable.

“It’s the extremism you see all the time in the news and social media,” Sudhan said. “People start tying Islam together with extremism and terrorism. There’s a big difference between the two.”

CHS senior Katie Walker, who is unaffiliated with Islam, but cites religion as being a fundamental part of her life, agrees.

“Islam is a religion of peace, that’s one of the main things Islam is known for at its core,” Walker said. “A few extremists are making the vast majority of the good, peaceful people look bad.”

Walker further links this rise in islamophobia as the product of a greater issue that has become prominent since 9/11.

“There’s a conversation about extremism in religion that needs to be addressed that probably hasn’t yet,” Walker said. “You see extremists who claim to be Christian, who clearly aren’t. They’re using this religion as an excuse behind horrible actions as a way to explain themselves.”

To make matters worse, certain adherents of Islam look distinct enough to be picked out from a crowd – something that can and has been weaponized by those looking for easy targets.

“When I was in Connecticut, I faced [discrimination] all the time, walking down the street,” VRIC administrator and graphic designer Nye Armstrong said. “When you wear a hijab [headscarf], nothing is more telling that you’re a Muslim.”

Another culprit, Walker states, is the media, which has suffered an unprecedented decline in reputation and reach in recent years. In the chaos and uncertainty of an industry wracked with change, the news has been accused of on occasion losing objectivity, while the public is less trustworthy of the press than ever.

“The media wants to get the action,” Walker said. “They portray things in a different way than they truly are, and they want to get the story. By painting these few extremists as a majority, it creates this whole frenzy.”

The ease with which fake news sites are able to access audiences poses another major problem to the spreading of stereotypes and misinformation.

“These stories look real, but they’re not – and they’re being used to sway public opinion,” KCBY-TV adviser Irma Kennedy said. “It’s important to have real journalism, and not citizen journalism, where anyone can write anything and publish it.”

Issa, meanwhile, encourages Muslims to avoid only pointing accusatory fingers at the press and western culture, but to examine themselves as well.

“A lot of Muslims don’t know how to represent themselves,” Issa said. “We have a lot of people coming from traditional beliefs and societies, but if we study the history of America, it’s an immigrant nation.”

Issa argues that every migrant group that has arrived in the U.S. has taken time to blend in and start moving forward. Subsequently, it could be the same for Muslim immigrants.

“The difference from then and now is that the process of integration is much slower than it was before,” Issa said.

This story belongs to a three-part news feature package on the local Coppell Muslim community. Read the series in its entirety in the April Issue of The Sidekick. All parts will be available online after the issue is published. 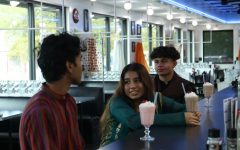 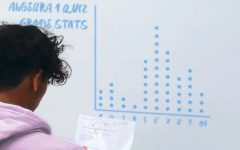 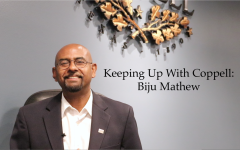 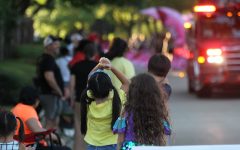 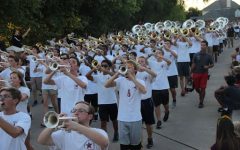 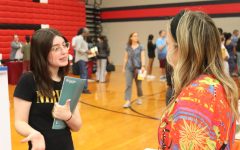 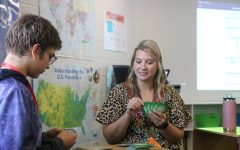 Scruggs continues journey at CISD: from student to teacher