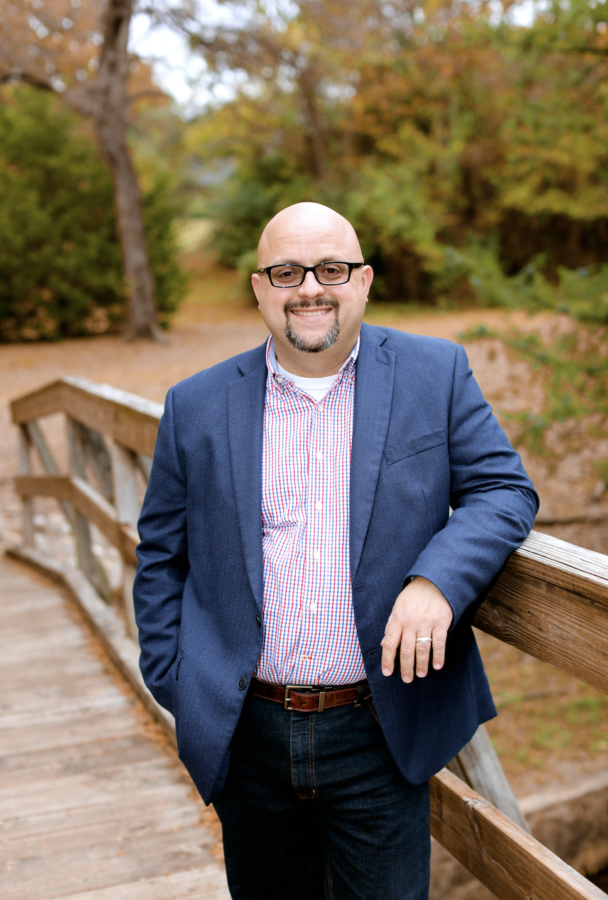 What inspired you to run for Coppell ISD Board of Trustees?

“My wife and I moved our family to Coppell ISD so our older son, who has an autism plus an intellectual disability that limits his speech and cognitive function, could have access to the district’s outstanding special-education programs. That has proven to be one of the best decisions we’ve ever made for our family. We have gained so much from living here that I thought I might be able to pay it all back by volunteering my time as a trustee.

When that inclination entered my mind about a year ago, I began attending school board meetings. I decided to run when I noticed that only two of our seven current trustees have kids enrolled in Coppell schools. I believe the board needs more representation of families who are still in the thick of things.”

What experiences make you the ideal candidate to serve as a Coppell ISD trustee?

“I was a journalist at various Texas newspapers for 18 years. I spent the final five of those years covering three municipal governments — the Highland Park Independent School District, the Town of Highland Park, and the City of University Park — as the editor of Park Cities People. My job was to ask lots of questions about those governments’ decisions regarding finances and policies so I could explain those decisions to my readers. If elected, I intend to provide the same services to my constituents; I’ll ask a lot of questions regarding the proposals brought to the board by CISD administrators, and I’ll explain the decisions made by the board.”

What are the biggest issues facing Coppell ISD today and in the near future?

“The top issue facing Coppell ISD is growth. The administration and the board have to figure out where to educate all of our students, especially those who live in the southern end of the district. Developers have recently erected three new neighborhoods at the intersection of Belt Line Road and State Highway 114 without saving space for a school in any of them; a fourth such neighborhood at that intersection is in the works.

The second-most important issue is winning back the trust of the many Coppell ISD residents who feel the district is not spending money wisely. Our most recent bond election, in 2016, barely passed: 50.2% to 49.8%. The people who voted for the $249 million bond package outnumbered the people who voted against it by only 22 voters. (I voted for it.) As I’ve knocked on doors during this campaign, I’ve heard from a lot of people who feel their taxes are unnecessarily high.”

What plans do you propose to address these issues and concerns?

“No single trustee can solve any problem on his or her own, and any candidate who tells you differently doesn’t understand how the system works. As of Feb. 26, no item can be placed on a board meeting’s agenda unless at least two trustees want to discuss it. So, like any other issue, solving these is going to have to be a collaborative effort between the seven trustees and the administration.

On the growth front, the board will have to approve new attendance zones before the district’s 11th elementary school opens in 2019. I can’t foresee how those lines will be drawn, but here’s a place to start: Let’s forgo the notion that we’ll find a solution that will please everyone. Somebody is going to be upset about their child being rezoned to a new school; several somebodies, in fact. I’ll point out to them that I attended five elementary schools by the time I was in the fourth grade, and I’m still living a fulfilling, happy life.

On the trust front, I’ve been a professional communicator my entire career. I look forward to collaborating with the district’s Communications Department on this problem, as much as board policy allows.

When you have the opportunity to tell a stranger about Coppell ISD, what do you say?

“As I said earlier, moving here was one of the best decisions my wife and I have ever made for our family. Living in Coppell ISD is like living in a small town that happens to be in Dallas County. It’s the best of both worlds.”