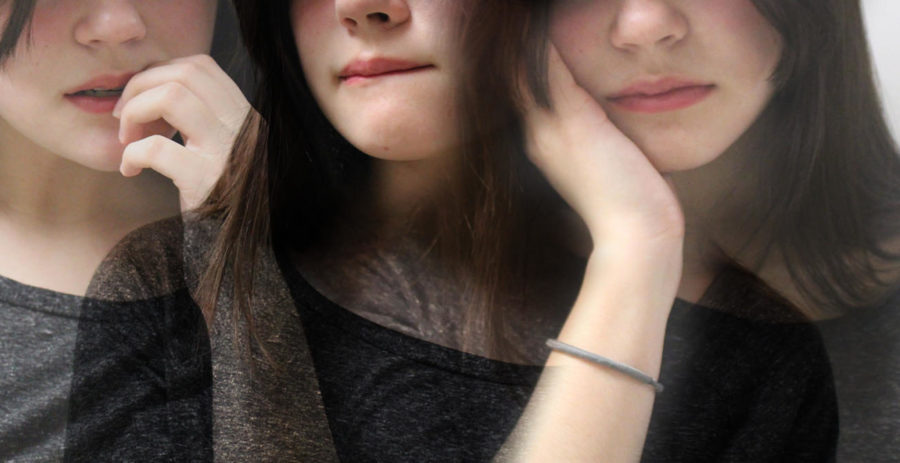 Anxiety, which according to the National Institute of Mental Health, is the leading mental disorder in the United States, is becoming increasingly prevalent among teens. Anxiety impacts teens lifestyle and their high school experience.

Coppell High School senior Penelope* knew something was wrong when she was worried about a piece of fruit being stuck in her throat in the third grade.

She did not realize she was seeing a therapist until a little later in her life.

The reality is that many people are suffering from mental illnesses, anxiety being one of the most common.

According to the National Institute of Mental Health (NIMH), anxiety is the leading mental disorder in the United States among both adults and adolescents, where nearly one-third of people are affected.

Penelope has been diagnosed with generalized anxiety disorder (GAD), which causes her to worry about everything such as dying, eating and sleeping.

In eighth grade, Penelope suffered through panic attacks almost every night, causing her to not like going to sleep.

“I used to panic for reasons that I didn’t know,” Penelope said. “It was just a general feeling of panic and all of a sudden I couldn’t breathe and I was shaking but other times it was about more specific things like dying or a family member dying or getting sick.”

Although she also has been diagnosed with social anxiety, it is not severe as her GAD. In middle school, it was severe to the point where she did not want to talk to many people. Since entering high school, she has gotten more used to being in social settings, she no longer dreads social situations.

Differentiating between occasional anxiety and an actual anxiety disorder may be difficult for some people.

According to the NIMH, it is common for people to have occasional anxiety in their lives. If you are ever feeling nervousness or anxiety when you are about to take a test or conduct a presentation, that is completely normal, as all humans have the natural flight or fight response.

No extracurricular is worth getting to the point of putting that much pressure on yourselves.”

For the reality of others, anxiety is a serious issue that affects how they function on a day to day basis.

About 25.1% of children between the ages of 13-18 are affected by a type of anxiety disorder, according to a study conducted by the NIMH, the latest data available.

There is an increasing number of teens being diagnosed with anxiety. There are a multitude of factors that could cause an anxiety disorder such as environmental, genetic and social factors.

Although those factors contribute to anxiety, according to social psychologist Jean Twenge, the modern world has also contributed to the creation of anxiety disorders.

“The use of social media and smartphones look culpable for the increase in teen mental-health issues,” Twenge said in The New York Times. “It’s enough for an arrest – and as we get more data, it might be enough for a conviction.”

At CHS, counselors are available to help any student receive the help that they need in order to get through the school day. CISD’s crisis counselor, Sharon Thurlkill, is available for students that may have prolonged or heightened anxiety.

“The general counselors like myself and my colleagues, if we know about it we can meet with the student and talk about ways to try to alleviate some of that anxiety and stress,” CHS lead counselor Debbie Fruithandler said. “We can work with their teachers making them aware if the student gives us and the parent gives us permission to share that with their teachers and help them hopefully find out what the source of their anxiety is and try to address it that way.”

“There are ups and downs, like there’s some moments where I wouldn’t be able to say the things that I’m saying now for sure,” Penelope said. “The important thing is feeling good the majority of the time and not feeling like [anxiety is] completely taking over your life.”

For Penelope, there have been times where she could not breathe and worried about too much about specific things like dying or a family member dying or getting sick.

Her anxiety has impacted her behavior at school in more bad ways than good.

“[Anxiety] definitely makes me a little bit neurotic when I’m doing school work,” Penelope said. “It makes me a bit of a perfectionist which has its perks but at the same time, the feeling of constant stress is really overwhelming.”

CHS Principal Dr. Nicole Jund is aware of the growing issue that anxiety disorders and stress-induced anxiety has affected many students at CHS.

“The biggest thing is be very honest with yourself about what you’re feeling; talk to somebody, know that we have counselors, we have teachers, we have people who are ready, willing and able to help,” Jund said. “We all have to take a moment and figure out what’s causing that kind of stress in our life and if that means take a day off, or take less classes, or no extracurricular is worth getting to the point of putting that much pressure on yourselves.”

Many people who are diagnosed with an anxiety disorder seek treatment. The different treatment options that doctors recommend include therapy, medication, “complementary and alternative treatment” and transcranial magnetic stimulation (TMS).

In TMS, electromagnetic waves are sent to the brain to find where the target area that would be best for treatment.

Penelope started TMS after she realized the medication and therapy were not quite working as well as she needed them to. Because of anxiety, she has had other mental health issues, such as depression, stem from her efforts trying to cope with anxiety.

She went through a TMS treatment that lasted an hour long for seven weeks each morning before school. Although it was a time commitment for Penelope, it was worth it.

Despite the fact that TMS did not help so much with her anxiety, it helped with her depression.

“[The different treatments are] not entirely reliable but different things work for different people so you just kind of have to keep looking for what’s going to help you,” Penelope said. “I wouldn’t say that it goes away entirely but you can feel enough relief to be happy. ”

Nowadays, it is common to see the romanticization of mental illnesses depicted on social media. This has caused a different way many people in newer generations view mental illnesses as they use triggering words in their everyday lives.

“It’s horrible how mental illnesses are depicted on social media and how they’re romanticized by mainly the teenage population,” Penelope said. “Anxiety is not something cute and quirky like some people seem to think it is. It’s not something to joke around about, it’s something that can be really life altering for people and can make someone’s life pretty hellish.”

Looking forward, Penelope hopes that more people will be more conscientious of how they depict mental illnesses, which will hopefully move the conversation forward to something more positive.

“People need to be a lot more careful in the way they use those words,” Penelope said. “Not only is it the words they use that are being thrown around, it’s the people that are hearing those words thrown around who actually might struggle with those things. It can be pretty, for lack of a better word, triggering for them and it can kind of make them feel misunderstood. People need to be really careful about how they talk about it and also if someone comes to you and says that they have an issue with anxiety or depression, it needs to be taken seriously.”

* – For privacy purposes, the source’s name has been changed.