Something is strangely satisfying about watching people pick, prod, squish and pull slime.

Often times slime is filled with little foam beads, which make crackling sounds as they are mixed into the liquid.

There is a scientific reason behind the popularity of these slimes: autonomous sensory meridian response or ASMR, which helps to calm people with anxiety.

“It wasn’t really a super popular thing at the time I started [October 2016],” Coppell High School Junior Vivian Chen said. “I saw some videos on Instagram. I get a lot of anxiety sometimes and it really helps me [to watch slime]. I decided to make my own account and make slime.”

“At the beginning it was just something that helped me,” Chen said. “I could get out there and meet people online, but as I kept growing and making videos, it just kind of happened. I’m still surprised today…it’s something that I never really set in mind.”

In addition to high quality slimes, with beads that do not follow out and a flexible consistency, nice hands or nails are associated with the more popular slime accounts.

“I definitely believe in quality over quantity,” Chen said. “I do try to post daily if I can, but the quality is really important. As I improved my quality and got a tripod and better lighting equipment, I started to gain my followers a lot faster.”

Chen manages her time making slime because it is an activity she loves and can do at home while doing other activities, such as watching TV or doing homework.

“She grows her passion for making slime through her online shop and Instagram account,” Gutierrez said. “She shares her passion with so many different people every day. As her influence grew more, I feel like she became more passionate about helping more people find a way to relieve their stress through slime, the same way that she does.”

In addition to making her own slime, Chen reviews slime made by other accounts. She comments on the colors, texture, smell or ability to stretch and play around with the slime.

Most slimers share their work through more than just videos or photos. Chen has an Etsy account that she started when she had 10,000 followers on Instagram. The account has around 500 sales and a rating of 4.5/5 stars. Her products are well priced with the most expensive item currently being about $10.

“It’s something I decided to start because I didn’t have a job,” Chen said. “I thought it would be fun to make some money off the thing that was a hobby I started.”

Chen packages her slime shipments with some hard candy, a note and borax, a powder that is used to make slime, traditionally used to kill cockroaches.

“I’m really proud of her,” Kantety said. “She grown a lot from it and it calms her down a lot. She’s always having fun while she does it and she’s passionate about it. Personally, I’m terrible at playing with it, but I love watching it happen.”

Over time, Chen realized she continues to make slime not only for herself but for others.

“The cool part about it to me is that I’ve built my own small business,” Chen said. “It’s something that I found really relaxing, but it’s also something that has helped a lot of other people. I get a lot of messages saying my videos help people who have anxiety or trouble sleeping.”

“I’m just really happy I can help people other than myself,” Chen said. 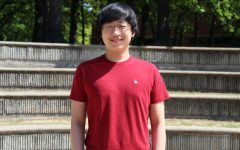 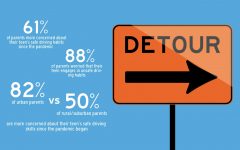 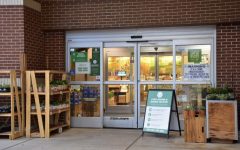 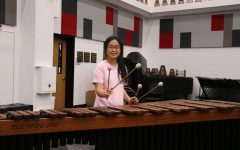 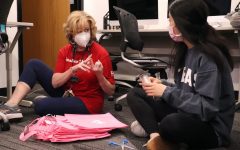