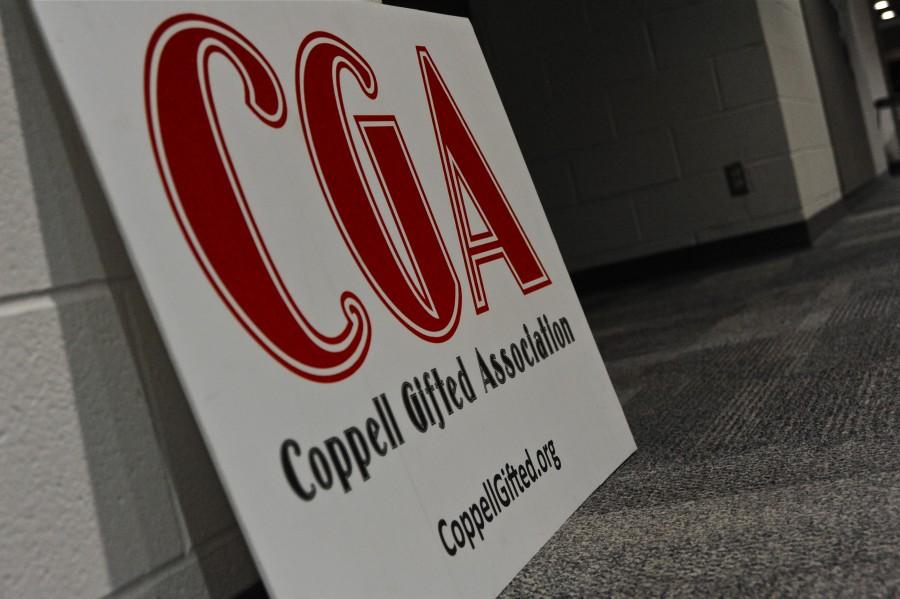 The Coppell Gifted Association strives to help and support GT students, teachers, and parents as they work towards reaching their maximum levels of achievement. The Association holds a variety of workshops and other events directed towards this goal.

“The main thing that was concerning about the bill is that we have all these special populations in schools that require additional support outside of regular education, but the bill took away that funding from GT,” Coppell Gifted Association (CGA) founder Tracy Fisher said.

This opens the possibility that Texas school districts will remove focus from Gifted and Talented programs.

“When you categorize something as serving a specific population you have to legally use that funding for that population,” Fisher said. “But when funding it put into the basic allotment, districts do not necessarily need to.”

Interestingly, even with the bill in place it is likely that Coppell would continue to emphasize gifted education, but this might not be the case for other school districts of the state.

“In Coppell, because we have such a strong GT program, that’s not an issue,” Fisher said. “We identify over 25 percent of our population as GT [as opposed to national average of five percent]. We would continue to support GT. But there are so many groups out in the state, there are districts who would then not support GT learners.”

Every teacher in Coppell is required to receive gifted and talented training, according to current CGA president Shannon Blatt.

“It’s not just a certain pocket of people who are concerned about the bill,” Blatt said. “It’s not just the teachers who are involved directly teaching GT kids. We have programs that can all benefit from gifted education.”

According to Coppell ISD officials, the gifted program is essential to meeting the needs of GT students.

“There is something really innovative and forward thinking about the way CISD approaches gifted education,” Blatt said. “It’s not a club, it’s not special benefits, it’s intervention. Students identified through GT testing learn differently, learn faster and learn deeper. They need to learn something new every day.”

There is something really forward thinking about the way CISD approaches gifted education. It’s not a club, it’s not special benefits, it’s intervention. Students identified through GT testing learn differently, learn faster and learn deeper. They need to learn something new every day. ”

“The same way that special ed or bilingual children are given the appropriate programs, GT students need programs appropriate for them, and the funding is essential for that,” Blatt said.

Parent Garima Rastogi, who has a CISD elementary and high school child, attests to the the impact gifted education and membership in CGA has had on her family.

“Both my daughters participate in the annual CGA writing competition,” Rastogi said. “Being a CGA member has been very beneficial for our family and the gifted classes they take at school help them learn at the correct pace.”

Blatt first heard word through an alert from the Texas Association for Gifted and Talented, an organization that advocates for gifted education across the state.

“[After receiving the message] we sent out action steps to our mailing list [around 2,000 people],” Blatt said. “We told them who they needed to contact in Coppell for their area and just some talking points about why it was important to continue funding gifted education.”

In addition to the mailing list, CGA spread word through social media platforms and similar hashtags across the state to get the attention of state senators. The mailing list includes parent members as well as current and previous teachers.

“It was a really quick turnaround,” Blatt said. “We sent that out right away and got people calling. We are a large group interested in making sure Texas doesn’t forget about gifted education and the impact it can have on future Texans. We were really happy that everybody was able to come through for that.”

Various parent groups across the state joined together with similar efforts to protest the bill while it was under review.

This bill was heard at a meeting on April 18 and on April 20, an amendment was made to add the GT population into the language of the bill, instead of grouping it into the basic allotment.

“All the phone calls encouraged the legislature to listen and include the GT population,” Fisher said. “It’s not enough but at least it’s not worse than we had it. It was important, at minimum to make sure the funding was designated.”

Fisher emphasizes the power of individuals making efforts as simple as posters and phone calls to advocate for something they feel passionately about.

“No matter what the issue, if you call you can impact your state legislature,” Fisher said. “You can communicate and work hard to make things happen.”