Wilkinson leaves legacy that will not be easily forgotten 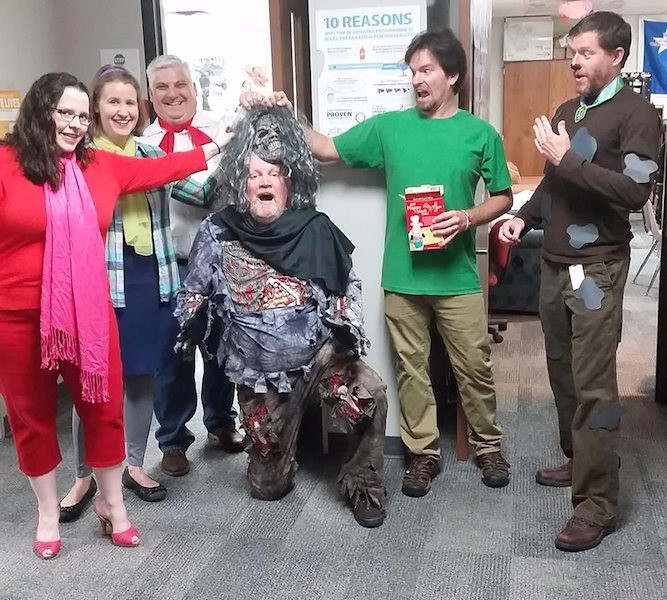 Many hope to leave a legacy as lasting and impactful as Wilkinson, and will spend their lives trying to cultivate the influence she had in the six short years she spent at Coppell High School.

Wilkinson first came to the halls of CHS as an English teacher in the CHS academies. There, she became close with Clara Caussey, who is now the CHS Instructional Coach. The two would become the best of friends, and learn a lot about life on the way.

“I always felt like she listened without judgement. She was an intellectual and that meant that she really thought about everything,” Caussey said. “She challenged me a lot. We didn’t have the same views and she challenged me to think about things differently but she never judged me and I never judged her.”

Caussey and Wilkinson were so close, in fact, that Caussey even knew Wilkinson’s garage code – the two lived only a mile apart and visited each other often.

Caussey and Wilkinson were also part of the same friend group, a group consisting of many of the teachers at CHS, including English teachers Micheal Vergien and Matthew Bowden and IB math teacher Ian VanderSchee and many others.

The friends would often meet up on the weekends to do nothing in particular, but these events were special all the same. Whether they were spending time in Vergien’s porch or Bowden’s pool, the conversation would usually take an intellectual turn.

“Amy [Wilkinson] is one of those people who brought balance to our friendship and our group of friends,” Bowden said. “She was always there to provide the intellectual, scholarly view of things.”

Bowden also pointed out how Wilkinson found her place in the group, especially in reference to his often irreverent humor.

“I’m always the one cracking jokes and they weren’t always appropriate,” Bowden said. “She was always really good about giving you that look, as she rolls her eyes, like, ‘really?”

Many of her friends could tell that Wilkinson loved discussion, and her thirst for knowledge was unquenchable.

“It’s one thing to have discussions about literature and politics at school but I can remember countless times sitting in my backyard and we would just get into this philosophical discussion about Hamlet or something,” Bowden said. “It’s what she loved, whether it be at school, or socially.”

Wilkinson was by all accounts an intellectual. Her intellect showed through in many parts of her life, from being on a softball team, to teaching in the classroom.

Wilkinson was part of a softball team in Coppell, ‘The Honeybadgers’, with that same group of friends. Caussey remembered the breadth of Wilkinson’s vocabulary. During a game, while the two were in the dugout, Wilkinson remarked that the pitcher was not very ‘reticent’.

Caussey laughed when she recalled what happened next.

“So the next time she went out to bat, I yelled, ‘Amy don’t be reticent’ and she gave me this look like, ‘I’m gonna kill you’ and so from that point on every time she went to bat we would yell that,” Caussey said. “She wasn’t embarrassed about her knowledge; it was on all the time.”

Coppell High School IB Head Coordinator Michael Brock saw her knowledge translate into her role as a teacher and co-worker. Each day, the IB teachers would have lunch together and discuss anything from normal day topics to deep, philosophical ideas.

Wilkinson was always in the middle, according to Brock.

“Her participation in that was with a smile, with a laugh,” Brock said. “It was about enjoying the intellectual banter, not about making sure I’m right and someone else is wrong. She just enjoyed the opportunity to have a good intellectual conversation with anyone.”

“She was the one teacher in our whole department who was consistently willing to engage me in those conversations,” Stansel said. “Her open mindedness, her wit, her intellect and her compassion were the greatest things about her. The enthusiasm in which she went about those things and dedicated herself to those people was amazing.”

So it was no small wonder that many of her students, whether they had her for two years or two months, cherished Wilkinson, both as a teacher and a role model.

CHS junior Lauren Harris first met Wilkinson at the annual IB Christmas party held in D hall. Harris described how Wilkinson changed her life at school by coming up to her and simply having a conversation about life.

“It was just a really eye opening conversation, because at that party I felt really alone and like I didn’t have anyone in IB,” Harris said. “She was the first one to make me feel welcome. After that, I started making lots of friends in IB and I attribute that to her.”

Wilkinson would not stop there; every morning before school, she and Harris would have a conversation over just about anything.

“She was the person I looked up to, everything I aspire to be in life,” Harris said. “ She was always there for us. She just had that personable kind of personality and attitude that made her approachable by the students.”

Wilkinson had been responsible for what Harris calls a pivotal point in her life.

“That was probably one of the worst days I had until I met Mrs. Wilkinson and then it all seemed to change,” Harris said. “It was something that I’m never going to be able to forget.”

Other students were also amazed by Wilkinson’s knowledge and amiable personality.

“She managed to see intelligence and potential in every single student,” CHS junior Tara Adhikari said. “She never looked at you like you were saying something unintelligent, she respected all your ideas and encouraged you to explore those.”

A sentiment that was echoed by other teachers, who had not even seen in her action during class.

“This is a job we should all approach with passion and a commitment to excellence and be reflective about it,” Brock said. “In the time I was around her professionally, I felt like she did that constantly. That, along with the intellect and the wisdom and the sense of humor, when I think about her, I’ll always smile.”

Stansel also saw that kind of passion and excellence in his interactions with her.

“School or no school, she was a lifelong learner,” Stansel said. “She loved learning and wanted to instill that passion in her kids. She led by example in that regard.”

Although incredibly intelligent in many areas – Wilkinson received the highest score on the IB Higher Level math exam but was teaching English at the school -she had a fun side to her.

“She was very introverted, wasn’t really comfortable in social situations with big groups of people and she openly admitted that, yet she liked getting up on stage at a party and singing karaoke,” Bowden said. “I’m gonna miss her intellectual side and her desire to learn and teach that to others but she had a fun side to her.”

Wilkinson was no ordinary teacher or friend, and during her final days, the IB and CHS community really showed how important she was to them.

Brock expressed his pride at how the CHS community – and to a larger extent, the IB program – responded.

“I think it was a real testament to not only the way the IB program works, but her place in it,” Brock said. “I think at the end of it, I feel like we can walk away feeling like she would have been proud about the way we handled it.”

Wilkinson’s moral strength, desire for knowledge, passion and authenticity will be missed, but these qualities will stay with those who knew her for the rest of their lives.

“Over time, memories fade. But this memory will always stay with us,” Stansel said. “She instilled not just her knowledge, but she instilled her passion of learning in [students]. That’s a legacy that we can help find acceptance with that much faster.” 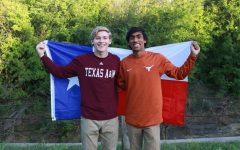 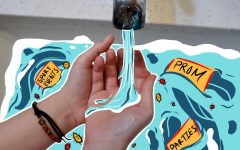 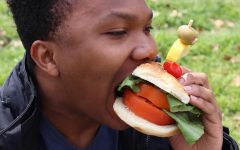 V is for vegan 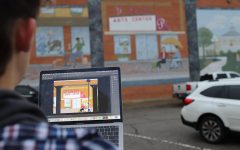 Next generation of artists flourishing through evolving visual design fields 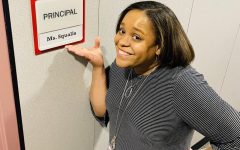 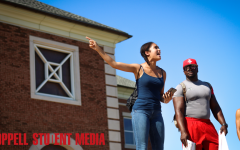 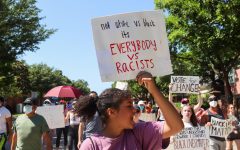 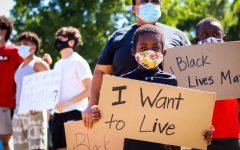 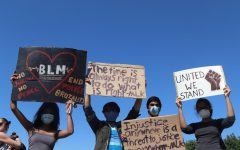