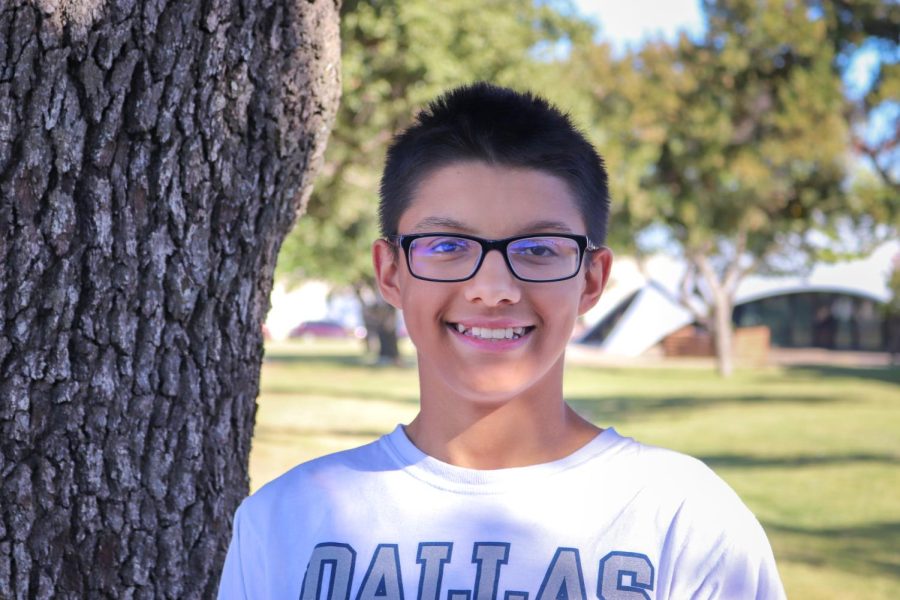 Evan Meekins is a CHS9 student who currently serves on the Student Council Executive Board. He was involved in student leadership in Coppell Middle School North and his middle school in New Hampshire. Outside of school, he is involved in sports announcing, basketball and running.

What inspired you to join StuCo and be a part of the executive board?

Being able to make the school better, making decisions to lead the student body and communicating with other people on the board has inspired me. I want to make the school better, make changes and do fundraisers for different charities like animal shelters. I did one in eighth grade, and it was great. We got a lot of donations and helped the animal shelter out. This year, we are trying to do things like putting a divider in the boys bathroom and getting hour block lunch back.

What was the process of running for the executive board like?

I had experience doing it last year and in seventh grade as well, which helped a lot. I was in New Hampshire for middle school. When I was running, I had a video that I filmed and that was my campaign strategy. In fact, my favorite memory of school is last year’s election. That motivated me to do things for the student body and to continue being a good leader.

Why do you think it is important for students to participate in activities such as StuCo?

I think just for the experience and to meet new people. They can learn how to lead, how to communicate, and other things. For example, it’s helped me become a better speaker, since I’ve had to do speeches for student council.

What is your favorite part about being on the executive board?

The people are great. They’re easy to work with, easy to communicate with and I’m looking forward to working with them this year. Meeting new people from other middle schools and making new friends has been my favorite part.