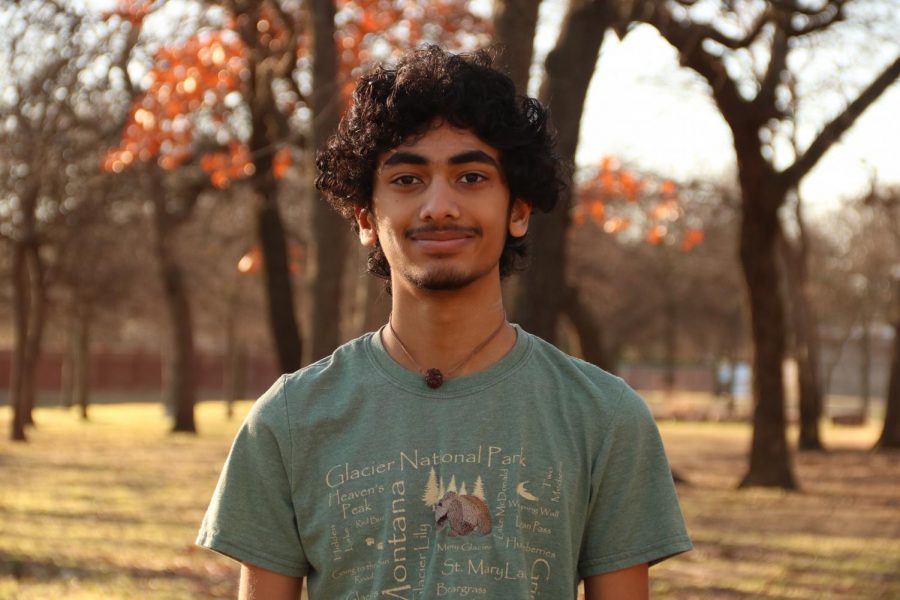 Coppell High School junior Rudra keeps tabs on volunteer hours and works on creating projects for the CHS EcoClub as secretary. The Eco Club’s goal is to bring together a community focused on helping the environment throughout Coppell.

Attending school from home whilst running a club has evident challenges, but CHS EcoClub secretary Rudra Krishnamurthy is determined to make his ambitious plans become reality at CHS.

Why did you run for secretary?

I wanted to make an impact on the environment. I know a lot of people have stuff they believe in, but they don’t act upon it; they wait for someone else to do it. My idea was if you really want to see something in this world change, then you have to go out there and make it happen. I decided to be a secretary because I thought the position really lined up with what I can do.

What has been your most rewarding experience?

We set up this project where we sent out a survey to members and families of the EcoClub and asked them about basic things. Then I compiled the data and we assigned it to four breakout rooms [who] had to make a poster on the data which was used for social media. It worked pretty well because we engaged members while showing people the change we’re making.

What is one thing the EcoClub has done that you are proud of?

For the past two years, we’ve been testing the water quality in Coppell Nature Park to get an idea of what the major trends are and the levels of chemicals in the water. This year, we expanded to other locations like Andy Brown Park and The Duck Pond Park at Coppell, and we plan on giving a presentation on this data in March.

What legacy do you hope to leave?

I hope that people understand that while it may not seem like much to do simple things, the simple things are oftentimes the ones that matter the most. The biggest thing that I can leave on this club is trying to show people that it’s important to be the change you wish to see in the world and that’s why I joined the club, to inspire that in people.