Pro/Con: Is social media an aid or adversary? 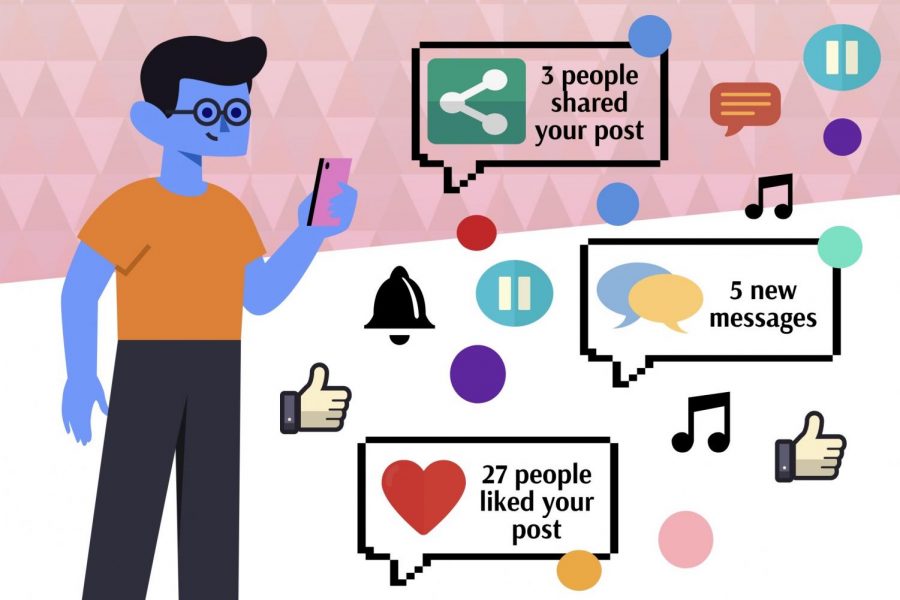 A teenager drowning in schoolwork, perhaps not having many friends at school or having a hard time with family, clicks on her iPhone as she dumps her hefty backpack onto her bedroom floor.

She gathers her thoughts and lets out the stress of the day with a deep sigh as she gets a notification from her online friend, finally at home.

Social media can serve as a platform for spreading awareness of mental illness and provides access to communities with others who have shared interests.

“Social media provides a platform to connect with other people that they might not otherwise be able to connect to, if they live somewhere else or can’t find friends at school that like the same things that they do,” Coppell High School lead counselor Ann Cinelli said.

In addition, social media can serve as a platform for people to find emotional relief and opportunities to be educated about mental health. Co-founder of Coppell Counseling Inc. Kimberly Hatley is a member of several Facebook groups with other mental health professionals to share resources with her clients.

“People don’t feel as alone,” Hatley said. “If someone is vulnerable and talks about their issues, problems, fears, concerns and they share them on social media, the people that read them realize that they’re not suffering by themselves. That’s one of the best things that social media can do – tell people that they belong to a larger group of people who might suffer from the same thing.”

CHS students are spreading mental health awareness through their own social media accounts.

“Most people know that mental illnesses exist, but many are unaware of how to help themselves or other people with these illnesses,” Bodanki said. “This lack of awareness prompted us to share awareness. There are so many misconceptions about what mental health and illness is, people think it’s a bad thing, but we need to break down that stigma. Just saying illness makes people shy away from the topic, but it needs to be talked about.”

Khuc has interacted with other users, connecting using direct messaging. Followers have messaged Khuc thanking her for calling attention to certain issues or how they were informed by her posts.

“I keep my DMs open,” Khuc said. “I’m trying to be someone who listens to other people [and] talk to people if they need it, even if they’re strangers. Someone has talked to me about self harm before and having someone there to listen is really important for your mental health.”

Many times, people who are struggling with their mental health may be uncomfortable with the idea of being vulnerable around people who know them and would rather talk to someone online.

“A lot of my friends didn’t know they had depression until they saw someone post about it, and so they went to go get help,” Khuc said. “It helps you understand better if you’re going through something or maybe someone you know is going through something because if you spend a lot of time on social media and you come across some of these posts talking about it, you recognize some of the things you are seeing.”

Social media provides people with a community, a family. People who might feel alone in their day-to-day life may be able to connect with  others and find solace in an online community. It is important to share content on social media that spreads awareness and positivity. 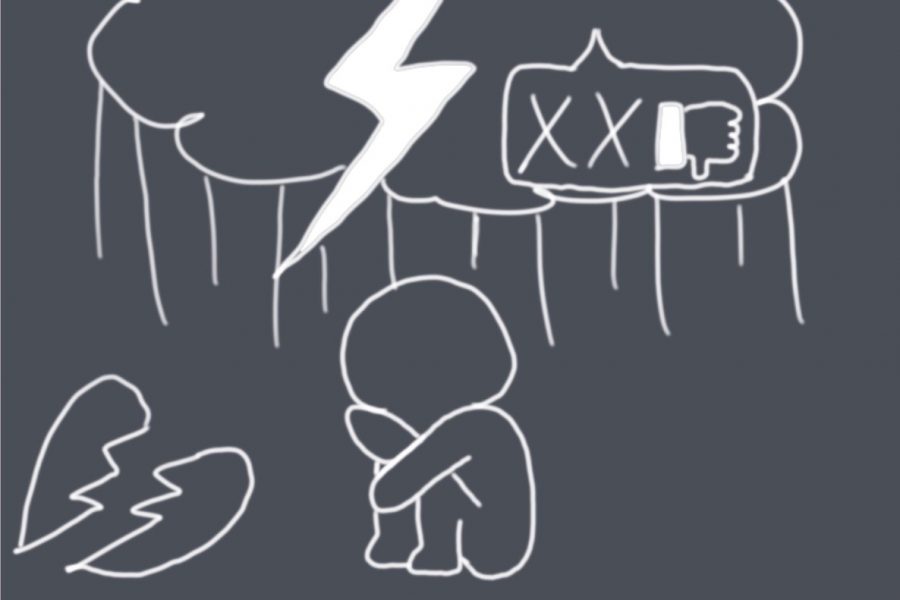 Many teenagers use their phones to interact with others, and while there are the positives of having fun, social media can take a toll on their mental health. Many teenagers enjoy social media but it is a dangerous habit and negative thing.

Con: Social media is infecting us

The virus is ravaging millions.

No, not COVID-19. This virus is harder to spot and find symptoms. This disease is slowly eating away at us, and we are blind to it: social media. In the past decade, the creation and popularization of social media platforms has unknowingly started to affect our mental health in the worst way possible.

Young people are more likely to report poor mental health after heavy use of social media. As young people depend more and more on social media, studies show that they tend to have more anxiety and isolate themselves from other people.

A prominent side effect of social media is cyberbullying. Some studies show that 15% of students ages 12-18 were bullied online. Exposing young people to this level of criticism and comparison is detrimental to their mental health. Introducing kids to social media early on only gives them more exposure to the negative impacts social media has.

“I experienced cyberbullying in sixth grade, and it caused me to take a break from social media for a while,” CHS senior Jordyn Morris said. “Now that I’m older, I know to put limits on myself, to spend less time on my phone, which makes me look at social media differently.”

Now, people are realizing that they have to limit the social media usage to make way for other things in life that are more important.

“I have to set limits for myself and plan out when I use it, so I view it more as a reward.” CHS senior Delase Ansah said. “We check our phones almost every minute of the day. While social media gives us a voice, it also needs to stop holding us back.”

In addition to all of these consequences, our physical health is affected too, through eye strain and craned necks. We live a life where we look down at the screen in front of us rather than at the world around us. Even when we choose to commemorate the world, we look at it through our screen while taking photos.

Our wellbeing is in danger.

Every minute spent scrolling on Instagram is another minute spent sinking further into the couch until you can not get up. We tap through the lives of other people rather than getting to know them ourselves, comparing ourselves and trying to understand why we cannot be perfect and “influencers” like everyone else on social media.

Social media gives us a false perception of the world we live in. Almost nothing that you see online is the real story. Social media is showing us only what we want to see. Instead of showing the world authenticity, we show a photoshopped version of ourselves. We never share what makes us human.

We are all puppets on social media, dancing around on strings, trying to play our role perfectly. We are one big planet pulled by strings in the hands of the online world.

Spending time on social media is perfectly normal and fun, there just needs to be a healthy way to use it. In order to protect your mental health, set timers for yourself. Be intentional about getting on your phone. Spend more time outside. Set goals for less screen time that week. Social media is meant to be fun and a source of entertainment. If we let ourselves be in control instead of it controlling us, we may find ourselves happier and free.

We can no longer be sick with social media. We have to step back from our screen longer than we hide behind it. We diagnose ourselves, look at the symptoms and find the best treatment from there. Our cure is simple. Step back from social media, and realize that in the many ways it may help us, until we start developing healthier habits, it hurts us so much more.