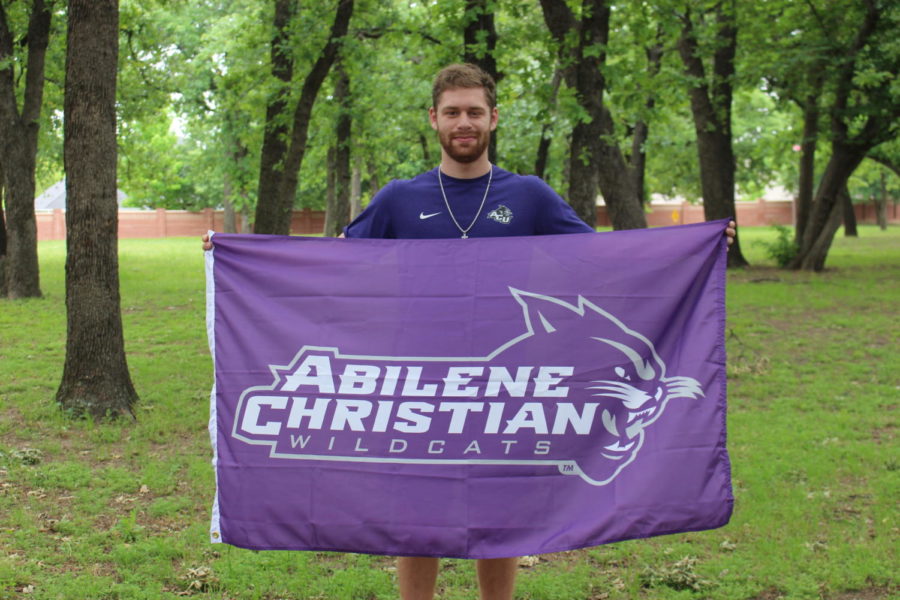 Coppell High School senior Reece Gardner, a nondenominational Christian, is a member of the Milestone Church in Keller. After being accepted into both Abilene Christian University and Liberty University in Virginia, Gardner decided to attend the former, where he will major in biblical studies with a concentration in Christian ministry.

Why did you choose to major in Biblical Studies?

Growing up, I didn’t really know what I wanted to do. Up until sophomore year, I was really torn figuring out what I wanted to do with my life. That sophomore summer going into junior year, I really just got touched by Jesus, and he kind of revealed that purpose to me. Ever since then, that’s just what I’ve been pursuing.

Can you describe that event?

I was at a summer church camp, and the months leading up to that, I was really praying and hoping for a sign or something to show me what I’m going to do with my life. It was a Thursday night and the pastor came up on the stage and he was talking and he was pretty much like, “I feel like there is someone here, if you feel a call to ministry, to come down here.” In that moment, as soon as he said that, I just heard in my head, “that’s what I want you to do with your life.”

How did it feel when you were accepted?

I felt good, relieved the process was over, but to be honest, I wasn’t really worried about it. I kind of knew that I was qualified enough and that I was gonna get into both schools.

Why did you choose ACU over Liberty?

There are a lot of factors, like the distance with Liberty being in Virginia. I didn’t want to be that far away. Also, just touring the campus of Abilene, and just being there, I really felt at home. On top of that, my two best friends are also going there with me, and we’re going to room together, so just a bunch of good stuff.

What interests you the most about your career path?

It’s kind of [being able to] see where it goes. With Christian ministry, it’s so flexible to where obviously I know I want to be a pastor, I want to do missionary work, but just where and with whom the possibilities where he’ll put me, like [in] what city or [the] people around me. And then continuing to grow in faith, just doing it the rest of my life and seeing where it can go.

Do whatever he puts in front of me, as in God. Obviously, I want to pastor a church, but it’s really just “lead as many people to Jesus as I can,” whether it’s pastoring a small church, whether it’s creating a missions program, whether it turns out to be something huge. The numbers are not the biggest thing, it’s more just reaching people and building lives.

What are your future plans?

My college path is four years, but after that, I’ll have to do seminary, which is getting your further degree in theology. After that, I’ll probably go try to get a job at a church, whatever church God puts me at. I will probably start doing student ministry like reaching and speaking more with high school and middle schoolers. And then as I get older, stepping more and more down the line of developing into a head senior pastor, like an adult pastor.

How have you prepared for this career path?

It’s really simple, but just staying in the Bible. Just reading it, just praying. At the end of the day, it’s Jesus who does all the work through us. All you have to do is have an open heart and be able to steward what he wants to do. At the end of the day, it doesn’t really matter what I do, it’s what he does, so it’s just giving him room in my life for him to work.

What are you most looking forward to with your new classes?

The past couple of years, I’ve been a little unmotivated in school. I do all my work and stuff, but I’ll be in classes and I’m like, “how will calculus help me with my career path?”. I’ll be most excited to actually take classes on stuff I’m interested in and stuff that will help me in my career path.