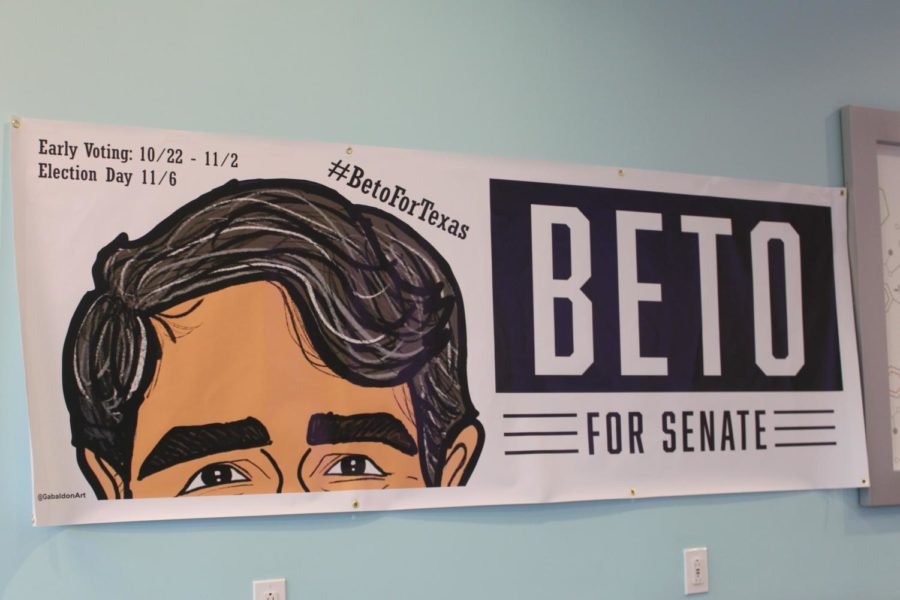 A Get Out The Vote poster shows off O’Rourke’s campaign in TCBY, a local frozen yogurt shop and Beto Pop-Up office. Volunteers come here to collect materials, get trained, and call voters to provide them with information about when and how to vote, along with reminders to go to the polls during Early Voting and on Election Day.

For the midterm elections in November, Texas is a major battleground for both sides. With so many opposing views involved in the election, many wait in anticipation for voting results.

“This midterm is significant because it determines whether we will continue as we have, focusing on economic prosperity, the lowest unemployment numbers for minorities in 40 years, and prioritizing the rights of citizens over those who come here illegally, or are we going to increase government oversight of people, making them more dependent on government services, and open our borders because we don’t have a plan or orderly legal immigration,” Coppell Republican Club president Davin Bernstein said. “The stakes are high.”

For Cruz, running as a Republican incumbent in red Texas makes him the favorite to win re-election. His traditional campaign includes tightly tailoring his outreach to specific conservative groups, which has been successful in the past. The American politician and attorney has served as the junior United States Senator from Texas since 2013, when he unexpectedly defeated David Dewhurst in the primary runoff and won the general election against Paul Sadler, John Jay Myers and David Collins.

However, with O’Rourke trying to turn Texas blue for the first time since 1994, Cruz faces looming competition. With the help of many young voters, specifically those of color, O’Rourke sees a growing number of supporters across the state.

“I’ve seen Cruz and Beto yard signs everywhere – sometimes even right across from each other,” CHS senior Grace Hao said. “I feel like it’s getting really competitive, especially because I see a lot of people wearing shirts and pins supporting their candidate.”

What makes O’Rourke unique is his campaign, which has broken conventional rules.

Instead of relying on political action committees and special interests, O’Rourke is organizing the largest volunteer-led Get Out The Vote (GOTV) program in the history of Texas. This enforces person-to-person conversations with O’Rourke supporters through rallies and volunteers, primarily providing them with information about when and how to vote, along with reminders to go to the polls during early voting and on Election Day.

Commonly defined as a grassroots movement, this strategy uses the people in a given district, region or community as the basis for a political or economic movement. Using collective action from the local level, grassroots movements aim to elicit change at the regional, national or even international level.

An example is O’Rourke’s 34-day road trip across the state, where he visited all 254 counties of Texas.

Volunteers of the grassroots movement contribute in a multitude of ways. Beginning Oct. 5, O’Rourke’s campaign will run phone banks and launch block walks from a network of hundreds of mini-campaign offices called Beto Pop-Ups. Volunteers meet at the pop-ups to collect materials, get trained and then begin talking to voters.

For Beto O’Rourke, I feel like he’s not afraid to stand up for what is morally right – which is why I chose to volunteer.”

One example of a Pop-Up is near Coppell High School: TCBY. The local frozen yogurt store hosts a Beto for Texas Pop-up Office where volunteers help to get out the vote (GOTV) for O’Rourke. Open from 12 – 9 p.m. every day, this pop-up office displays the community participation shown from every part of Texas, including ours.

“For Beto O’Rourke, I feel like he’s not afraid to stand up for what is morally right – which is why I chose to volunteer,” Carrollton Grassroots Pop-Up volunteer Victoria Rick said.

All that is left is the outcome on Election Day Nov. 6. Early voting began last Monday.

Just as O’Rourke supporter Stephanie Hahn puts it, “The real question is whether or not people will actually show up to vote.” 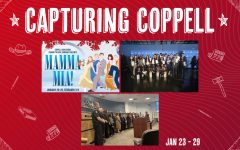 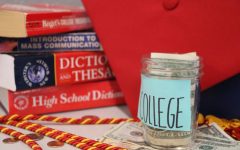 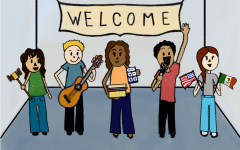 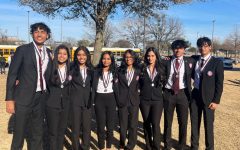 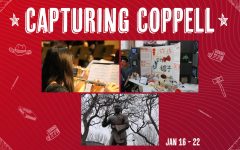