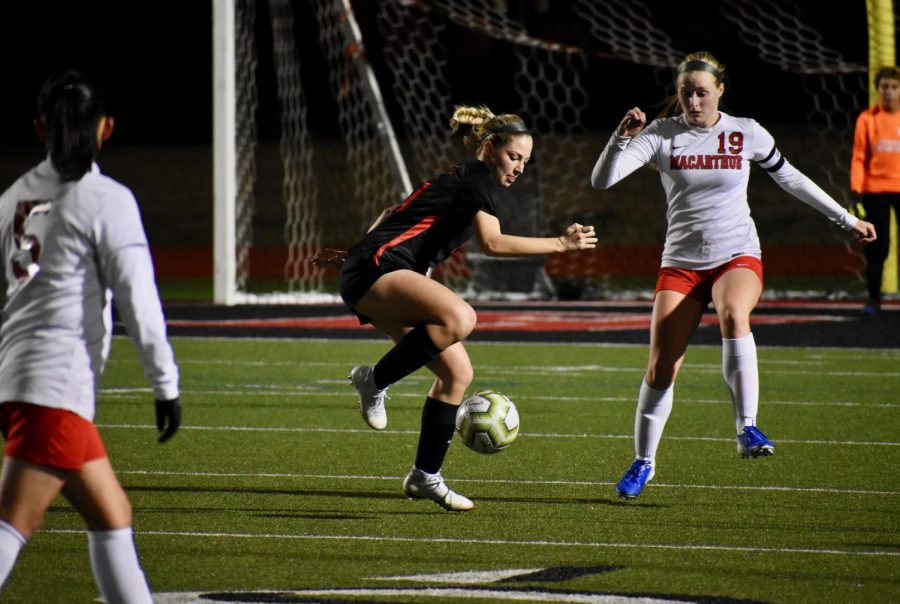 Coppell junior defender Emma Hubert receives from the air against Irving Macarthur on Jan. 24 at Buddy Echols Field. Hubert is one of 12 Cowgirls awarded a District 6-6A award.

For the nearly indomitable Cowgirls, the cancellation of the remainder of the 2019-20 season only left one question on their minds: what could have happened? Their undefeated preseason stance proved a marker for the rest of the season; it seemed Coppell had its state championship worthy team. In one of the toughest districts in the state, losing to only Flower Mound Marcus and Flower Mound in close matches was an indicator that Coppell would be a team to watch in their playoff run.

Instead, the closure Coppell got was in the form of personal accomplishment rather than the team’s. Twelve Cowgirls were selected to be a part of the All-District 6-6A team, one final recognition for this storybook of a season.