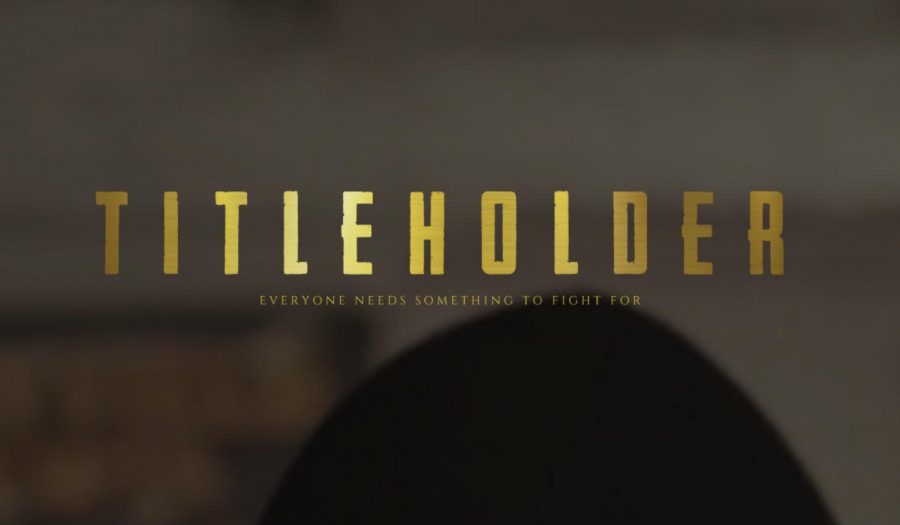 Coppell-based independent filmmaker Danny Aguilar is directing and producing his eighth film, Titleholder, starring multi-award-winning Hollywood actor Cory Kays. The film follows the journey of a street-tough American boxer who travels to the Philippines to train and unexpectedly falls in love with an aspiring beauty queen. Photo courtesy Danny Aguilar.

A story of a boxer and a beauty queen in the Philippines is not a story like that commonly lights up the big screen.

The sports drama mixed with romance follows the journey of Blanco, a street-tough American boxer, who travels to the Philippines to enhance his skills and unexpectedly falls in love with an aspiring beauty queen.

Kays and Aguilar met on the set of Aguilar’s previous film, “Lily is Here,” in the summer of 2018. They collaborated in the conceptualization of the story, with Kays writing the screenplay aided by Aguilar.

“This is actually my debut as a writer,” Kays said. “It was different for me, but I really enjoyed the process of collaborating. It was interesting to write knowing that I would portray what I’m writing, that was a first for me.”

As a Filipino who immigrated to the United States from the Philippines three decades ago, this story is near and dear to Aguilar.

“This story really resonates with me because when I came to the United States, getting acclimated to American culture was very intimidating and scary,” Aguilar said. ”It’s the same as the journey of Blanco going to the Philippines.”

Kays visited the Philippines for the first time around the end of February as part of a cultural immersion experience, where he became acquainted with Filipino culture.

“A lot of it looked how I envisioned it, but it was amplified in its beauty,” Kays said. “The people in the Philippines are all so welcoming and the hospitality there is amazing.”

The film not only showcases the beauty of the Philippines and its culture, but also highlights the popular Filipino pastimes of boxing and beauty pageants along with basketball and karaoke.

“A boxer is one of my bucket list roles,” Kays said. “The physical aspect of it is something I am ready for because I have trained in boxing and grew up watching boxing with my family.”

Prior to the stay-at-home orders, Kays was physically preparing by going to a boxing gym and training regularly. However, the story is not one of simply boxing. In the process of his character’s journey, he figures out what he is truly fighting for which results in the story’s main message/tagline conveying

“Each of us is a Titleholder, much like a boxer or a beauty queen, but in different capacities,” Aguilar said. “Everyone has a mission, advocacy or life’s purpose. We want to encourage people, there is more to life than just being born in this world.”

Not only do they hope to convey this message but with the month of May being Asian and Pacific Islander American Heritage Month, the movement is a cause filmmakers such as Aguilar hope to positively contribute to due to the lack of Asian representation in mainstream media.

“Diversity in Hollywood still has a long way to go, especially in representing a subsection of the Asian-American community – Filipino Americans,” Aguilar said in his director’s statement.

However, Aguilar accredits the Academy Award winning Korean film Parasite for paving the way for films like his.

“Although the representation of Asian-Americans is still a work in progress, the success of the movie Parasite as the first foreign language film to win an Academy Award for Best Picture signifies that diversity is in demand and has proven films with subtitles and local language content have appeal,” Aguilar said.

Due to COVID-19, the film’s schedule has been pushed back. Though they originally planned to film in June and release the movie by the end of this year, they are now targeting some time in the spring or summer of next year.

However, they are adapting to the situation by using the extra time to prepare and promote the film.

“We want to capitalize on the power and influence of social media,” publicist and social media specialist Jil Lasaca said. “I think given the situation, it has actually given us an advantage because people are more accessible through their social media and we know a lot of people are in the comfort of their homes.”

The universal story line ultimately explores themes of resilience and determination as well as inspiring others to find and fulfil meaning in the pursuit of their passions all while sharing Filipino culture.

“Titleholder is very personal to me because it represents my whole being: heritage, culture, family, people and the Philippines,” Aguilar said. “I cannot think of a better way to showcase my heritage than in the form of a motion picture.”