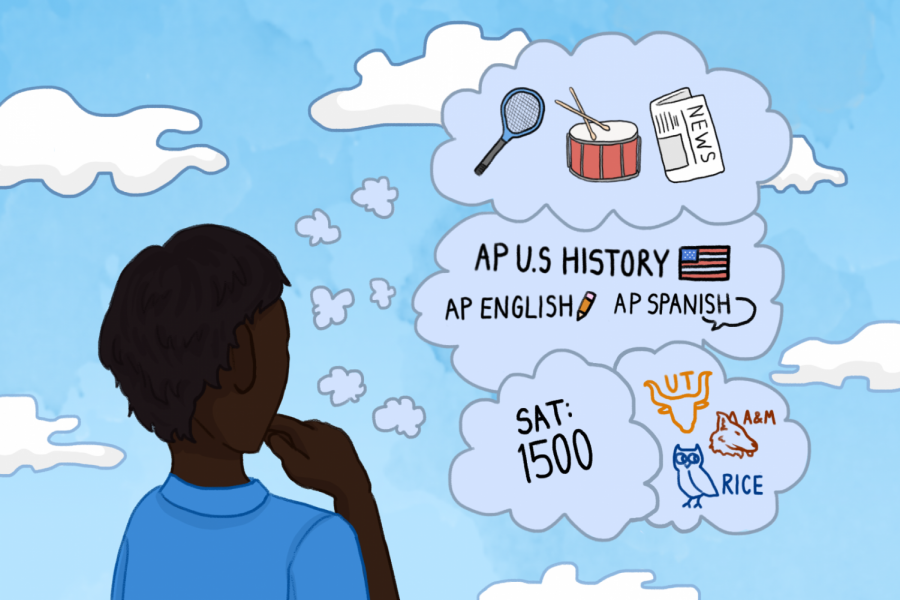 Students entering high school often have ideas about what they desire to do regarding their education in the future, but one's future is never guaranteed. The Sidekick business manager Nishant Medicharla discusses how underclassmen in high school should not be afraid of change and instead learn to embrace it.

I know you’re coming into high school with high expectations.

Let me just tell you, none of that happens.

A lot of my peers, like myself, walked into high school with high expectations of what we envisioned our next four years to look like. For some, it was knowing exactly which AP courses to take in order to create the perfect application for selective schools. For others, it was grinding after school everyday to get recruited to the perfect college for sports.

However, if I’ve learned anything from high school, it’s that the plans we set for ourselves might  take a detour  – and that’s completely fine.

A lot of things happened during my high school career which I never thought would.

Never in a million years did I think I would be joining The Sidekick Newspaper. But after an underwhelming freshman engineering course, my interests changed.

Never in a million years did I think that even after months and years of working to achieve the  “perfect” SAT score, I simply wouldn’t. I thought I could achieve the score I wanted, but sooner or later, I realized life had other plans for me.

Never in a million years did I think that my plans for “success” would become unsuccessful.

But I’ve realized, the plans we set for ourselves are sometimes the barriers to our true success. When we are so caught up in attaining one thing, we tend to forget the endless opportunities surrounding us.

I never thought I would be quitting tennis, something I liked, to be a part of the school’s newspaper. However, I later realized I quit something I liked for something I loved. The opportunities, friendships and experiences presented within The Sidekick made me realize what was truly better for me in the long run.

Even though my high school career has seen many changes in my plans  – more than I would’ve liked – everything turned out alright in the end. I’m going to a university (UT Austin) I love and studying in something I am truly interested in.

It’s good to have a plan, it means you’re motivated to be successful. But when life doesn’t go according to your plans, take it as a chance to see what other opportunities are knocking and grow from it. Sometimes it’s the very plan that we need to take a step back from to truly figure out who we are.

The plan we set for ourselves isn’t the endgame. It’s the journey you’re on that makes the destination even more worth it.

So whenever you fail your next geometry test, bomb your English timed writing or quit something you’re not passionate about, don’t be too bent up if life isn’t going to plan. Instead, learn to embrace and grow from the change life will throw at you, because whatever will happen, will happen.