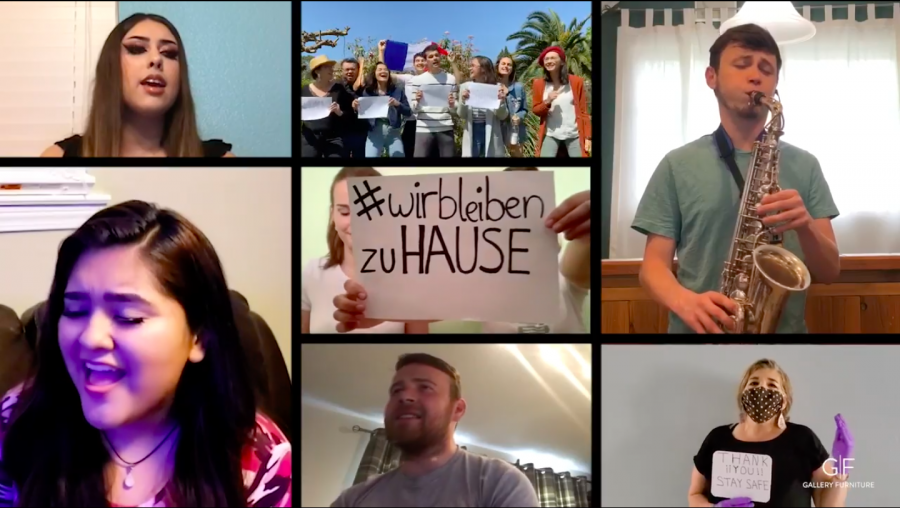 Participants from across the world sing, dance and play instruments to the song “We are the World” by USA for Africa. Coppell High School 2017 graduate Ryan Storch and company Gallery Furniture partnered to create a video as a way to unite people across the world.

On March 23, Storch posted on his Twitter account (@ryanstorch) a video of him asking people around the world to submit a video of them dancing and singing to the 1985 song “We Are The World” by USA for Africa. Since then, the video has received close to a thousand views.

“I decided to create the global music video because I thought it would be an incredible way for our world to unify around something light hearted and purposeful,” Storch said.

The end goal is to have a video including people from many countries and backgrounds to represent unity among the diversity in the world.

Inspired by his love for music, Storch decided that using a song is the best way to bring together people who would normally have little in common.

“I chose [“We Are The World” by USA for Africa] because it emulates unity,” Storch said. “At a time like this, we are all realizing how much we need each other. A song like ‘We Are the World’ radiates the love and desire we have for human connection.”

Originally, most submissions were from people in Coppell but Storch wanted to figure out a way to reach more people globally. While working on his project, Storch found the company, Gallery Furniture, which was doing the same thing. Storch partnered with the company to combine their submissions to create a joint video.

In the past week, submissions from Storch and Gallery Furniture were combined to create the final video. Worldwide unity was displayed through the diversity in submissions from Texas, California, Tanzania, Indonesia, New Jersey, the Czech Republic, Spain, Minnesota, Ireland, France, Brazil, Austria and Germany.

“We as a community have to come together and fight against this pandemic so that is what we have tried to show through this video – the importance of being united and the feeling of oneness,” Gallery Furniture employee Ashley M said in a Facebook post.

“[I] enjoyed [the video] very much,” Nora Nelson said in a reply to the video. “Thank you for sharing. It put a big smile on my face.”

Storch hoped that releasing the video during self–isolation would provide a beacon of hope and livelihood to people struggling with being alone and separated from loved ones.

“I hope that by participating in this challenge, you are able to find a glimmer of joy amidst the uncertainty of the times,” Storch said.