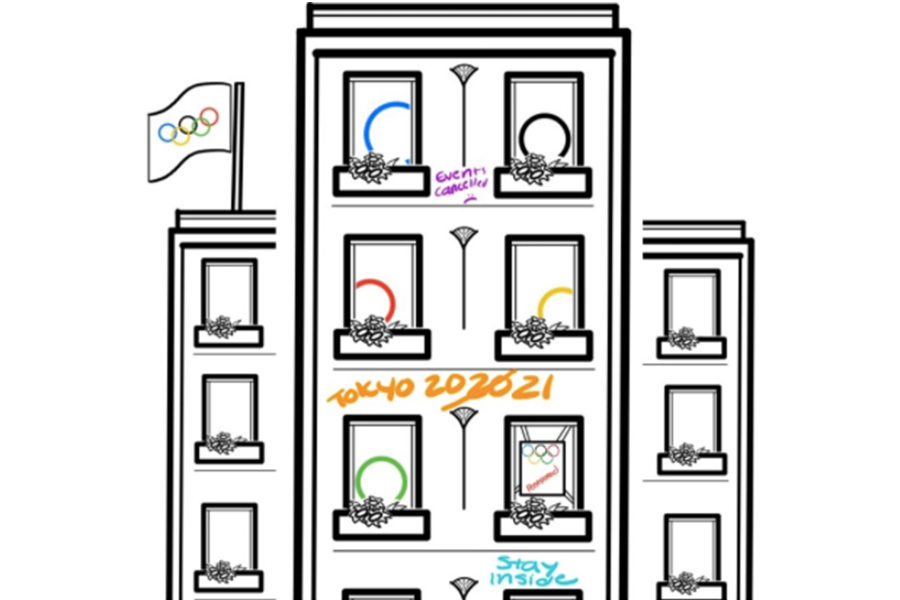 The 2020 Summer Olympics in Tokyo has been postponed for a year, opening July 23, 2021. Sporting events are being canceled around the world as a result of the current COVID-19 global pandemic.

Elite athletes are some of those feeling the brunt of the COVID-19 pandemic, which has prompted a year delay of the 2020 Summer Olympics.

For the first time in Olympic history, the recurring games have been rescheduled because of a pandemic. Initially planned to open July 24 in Tokyo, the games have been postponed to July 23, 2021. The games have been canceled thrice before, in 1916, 1940 and 1944, during times of global instability brought about by World Wars I and II.

“Although it is going to be hard on the athletes, it was ultimately a good idea to postpone the Olympics,” Coppell senior swimmer Ben Borchgardt said. “I have always enjoyed watching the Olympics and other international meets, but it’s important to suspend events where a lot of people come together, which includes swim meets and the Olympics.”

Making it to the Olympic games is central to many athletes’ lives. The postponement means another year of rigorous training, stress and time commitment for thousands of athletes around the world.

Five-time Olympic champion swimmer Katie Ledecky put off her last year studying at Stanford University to focus on preparing for the Tokyo Olympics this year and will likely postpone her studies for an additional year due to the timing of the games. For high school students, it is not the same situation.

“Sports cancellations have hit me really hard because it’s my last year of high school,” Coppell senior soccer player Morgan Robb said. “A lot of spring sports players are missing out on Senior Night, playoffs and some of the last memories you can make with your high school sports team.”

Many international and local events have been canceled or suspended due to the current global outbreak of COVID-19. Competitive Coppell athletics events are suspended until at least May 4, after the University Interscholastic League (UIL) suspended all UIL-affiliated sports events in Texas.

“Postponing the Olympics was a good move for athletes and people all over the world,” Coppell senior volleyball player Peyton Minyard said. “The health of athletes should always be placed above entertainment and competitions. Safety should always be the No. 1 priority, even though everyone is upset about events like the Olympics being suspended.”

The United States Center for Disease Control is urging residents to physically distance themselves from other people, especially if COVID-19 is spreading in their community. Olympic athletes in 2016 often slept in the same room as teammates or shared apartments and bathrooms in the Olympic Village, putting them at greater risk of infection if the games continued during the global pandemic.

“Many athletes can fall out of their physical prime in a year,” Coppell senior soccer player Clara Centeno said. “It was really important to postpone the Olympics to slow the spread the spread of the virus, but sports suspensions and cancellations are also going to have strong impacts on athletes all around the world, including in Coppell.”