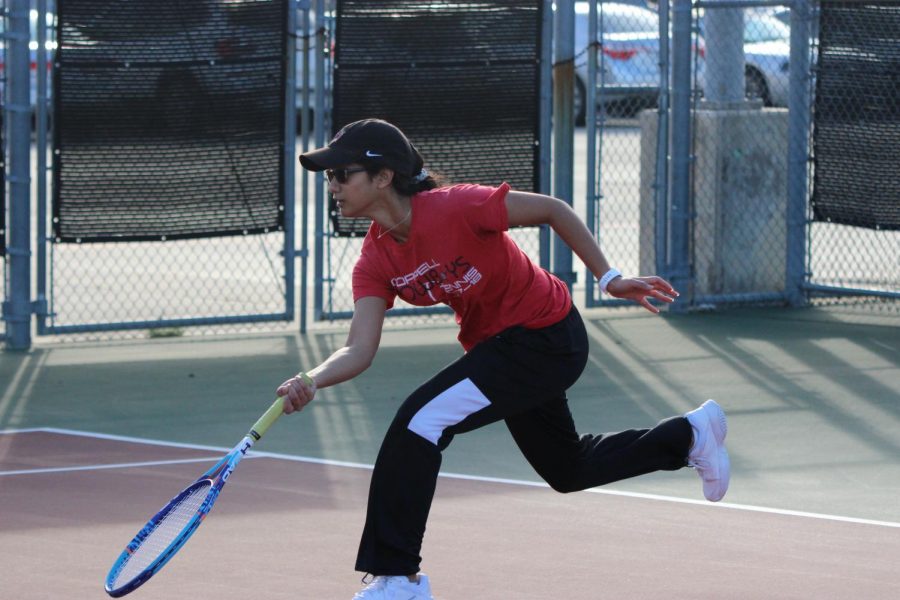 Coppell junior Rishita Uppuluri chases a volley during her doubles match at the CHS Tennis Center on Feb. 7 during the Coppell Super Bowl. The Coppell tennis team hosts the Coppell Breakout Tournament today beginning at 8 a.m.

The Coppell Breakout Tournament began today at 8 a.m. Throughout the day, most of the matches will take place in the CHS Tennis Complex. Being that it is the spring season, players will compete for the trophy individually or in pairs as there is no “team total.”

At almost halfway through the season, players are looking to work out the final kinks in their game in order to win some silverware before the season ends in April.

“This is my first tournament of this season so I am really wanting to learn quickly in order to move forward to the other tournaments,” Coppell senior Sonya Bhatt said. “My backhands are solid, it’s my forehands I need to work on”.

Though there is always more to be worked on, consistent after-school practices have built a sense of belief in Coppell tennis.

“My goal is to at least advance to the semifinals, but obviously the ultimate goal for everyone is to be in the finals,” Bhatt said.