Nothing special about Netflix’s To All The Boys: P.S. I Still Love You 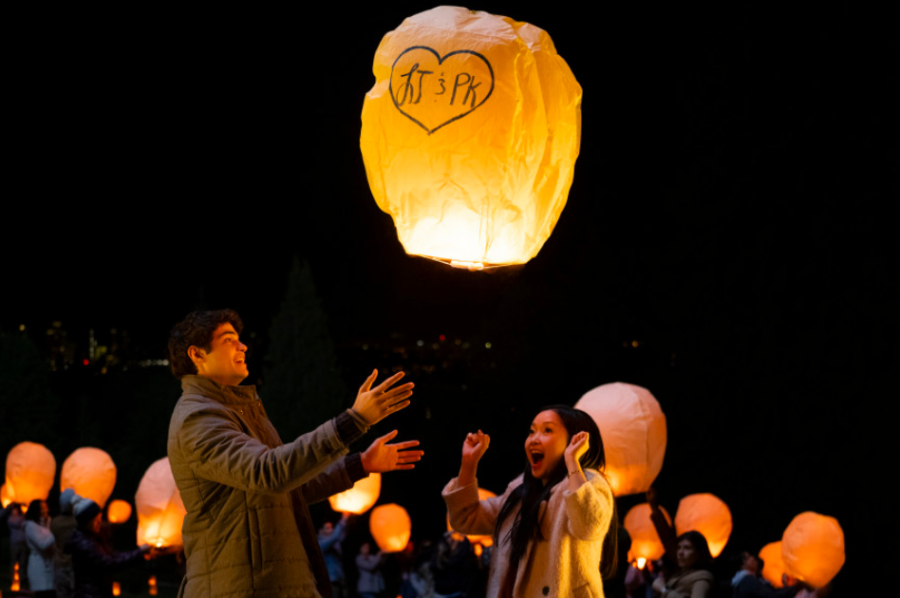 Netflix released the second installment in the To All The Boys series, To All the Boys: P.S. I Still Love You, on Feb. 12. The series is based off of Jenny Han’s trilogy of the same name. Photo courtesy Netflix.

When To All The Boys I’ve Loved Before released in August 2018, the internet was overwhelmed with the romance, family dynamic and aesthetic of the movie. On Feb. 12, Netflix released P.S. I Still Love You, the second installment in the series—and it did not receive the same response.

The aspects that made the first movie so attractive, especially the cinematography, remained in the second movie, but there is nothing special about the latter. Movie adaptations of books are difficult in general, but with the plot this one deals with, there did not seem to be much creative freedom.

At the end of the first movie, the plot is wrapped up with a neat little bow, contrasting the book ending, which was more ambiguous. Similarly, the second book starts off with Lara Jean Covey (played by Lana Candor) going to Peter Kavinsky (Noah Centineo)’s house to tell him her true feelings, but in the second movie, we start off by jumping right into their relationship.

Even though this is a major change, the rest of the movie falls in line with the plot of the book, excluding other slight variations. As someone who read the series along with following the movies, this helps me enjoy the movie more. In fact, I appreciate how closely they stuck to the book.

However, the movie itself moves very slowly, and Lara Jean’s character seems more out of place compared to the books. Usually, romance movies are known for their cheesiness, and most of the time it is easy to appreciate. This movie features some of the most cringe-worthy lines to date.

What set the first movie apart from others and gives it high ratings is its honesty in portraying high school relationships. The rawness and vulnerability shared between the two characters shines through, but with the addition of a new character in the second movie, John Ambrose (Jordan Fisher), it seems to vanish.

It is tricky dealing with love triangles, especially after portraying Kavinsky and Covey’s relationship so vulnerably in the first movie. In the book itself, it feels uneasy and uncomfortable but the author, Jenny Han, is able to make it work, especially with the ending. The movie takes another route.

John Ambrose is in the movie for maybe a third of it, but still manages to steal my favor away from Kavinsky. In the book, I find myself on Kavinsky’s side, but throughout the movie, I secretly root for Ambrose, knowing very well how it ends. It could be the actors and their ability to convey their characters, but I think it boils down to the scenes the director decided to use and the dialogue.

It could have been an averagely good movie standing on its own, but succeeding one of the most talked about romance movies of our generation and based on a New York Times Bestselling series, it is below average. Whether you are Team Peter or Team John, the audience ended up having mixed feelings towards the movie regardless of who Covey chose.

Since the book series is a trilogy, the third and final installment of the movie series, To All The Boys: Always and Forever, Lara Jean, is in production. The third book is perhaps the most boring as they navigate the issue of college and the future so expectations for this movie are set pretty low.