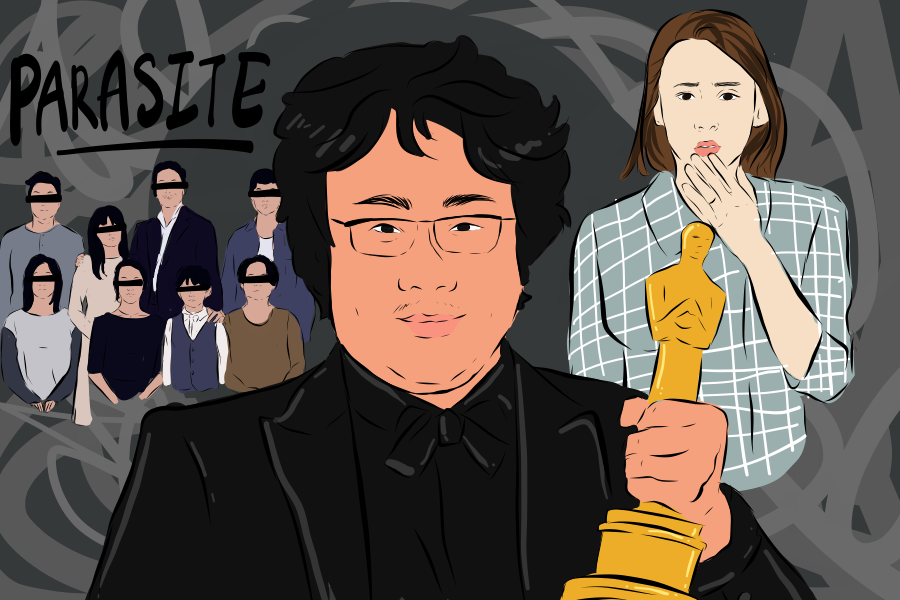 Parasite is a South Korean film directed by Bong Joon-Ho that was released Oct. 9. The Sidekick CHS9 editor Shivi Sharma discusses the film’s four Oscar wins on Feb. 9 and how they have created discussion about foreign films in Hollywood.

The film earned awards in four of the six categories it was nominated for, adding to its acclaim since its premiere at the Cannes Festival in France in May and limited-release to theaters in New York and Los Angeles on Oct. 5.

Set in Seoul, Parasite follows the poor Kim family as it strategically infiltrates the lives of the wealthy Park family in an attempt to escape its own stature. The film strays from conventional genres and is known as everything from a social satire to a ‘tragicomedy’, but its portrayal of class divides and human desire makes it resonate with audiences beyond Korea.

“That’s why I think it has gotten so many awards, because we can all relate to it and understand the idea of the story,” Coppell High School sophomore Rose Park said. “There’s a part in the movie where these siblings edit a certificate to try to look professional, and that’s how we are with college applications, making ourselves look professional.”

Only a handful of foreign films are released for viewing in American theaters, and many are often dubbed in English, which can diminish some of the piece’s original emotion and intent in translation. Parasite is only available in Korean with English subtitles, which may be a barrier for some American viewers, something Bong alluded to in his Best Picture acceptance speech.

“Once you overcome the 1-inch tall barrier of subtitles, you will be introduced to so many more amazing films,” Bong said.

His statement brought forth a debate about dubbing versus subtitling of foreign films.

“Dubbing films is beneficial so it reaches a wider audience, but it does take away from what was originally there in the film,” CHS junior Lauren Myers said. “Voice actors who dub films are talented, but there isn’t that connection because they’re not the ones on-screen showing the emotion with their faces.”

Elements of Korean music, television and food have been embraced in western countries within the past decade, but Parasite marks an important event in the popularization of Korean film.

“As a Korean watching Korean movies like Parasite get up there, I’m very proud of my country,” Park said. “It’s a chance for Korea to stand up for and share its culture.”