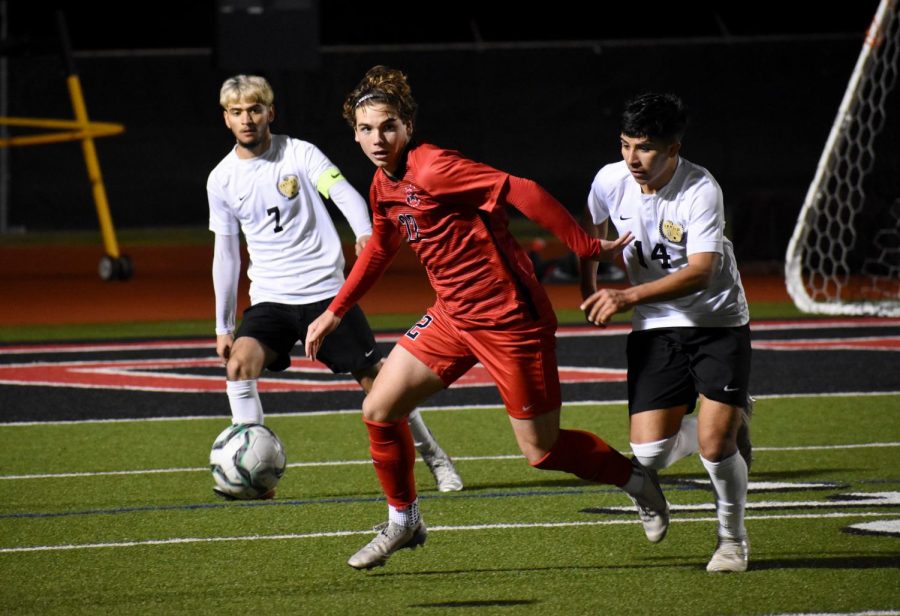 It has been five matches since the Coppell boys soccer team has won. After a victory to begin their first District 6-6A run, the Cowboys have suffered three losses and two ties to put them at fifth place in district standings.

Now, Coppell has the chance to break its winless streak as it faces Irving Nimitz tonight at 7:30 p.m. at Buddy Echols Field.

Following a 0-0 tie to Flower Mound on Tuesday, the Cowboys have the same 1-3-2 district record as Nimitz, who sit in seventh place in rankings due to goal differentials.

“Our past match was somewhat of an improvement, actually, from previous ones,” Coppell freshman forward Preston Taylor said. “We’re starting to figure out how to work as a team and figure out our tactics.”

Coppell experienced a rare week between matches. Over the four day weekend, the Cowboys did not have to practice on Friday and had a two-hour practice on Monday.

“It gave us a little more time to think about it – think about what we need to work on and train for it,” Taylor said. “If we were to play a game on Friday, we would kind of be dead by the time tomorrow comes. Having this break gives us a little bit of a refresh and we’re going to come in tomorrow giving everything we have.”

It is also Teacher Appreciation Night, where players will select a teacher to be honored before the match starts.