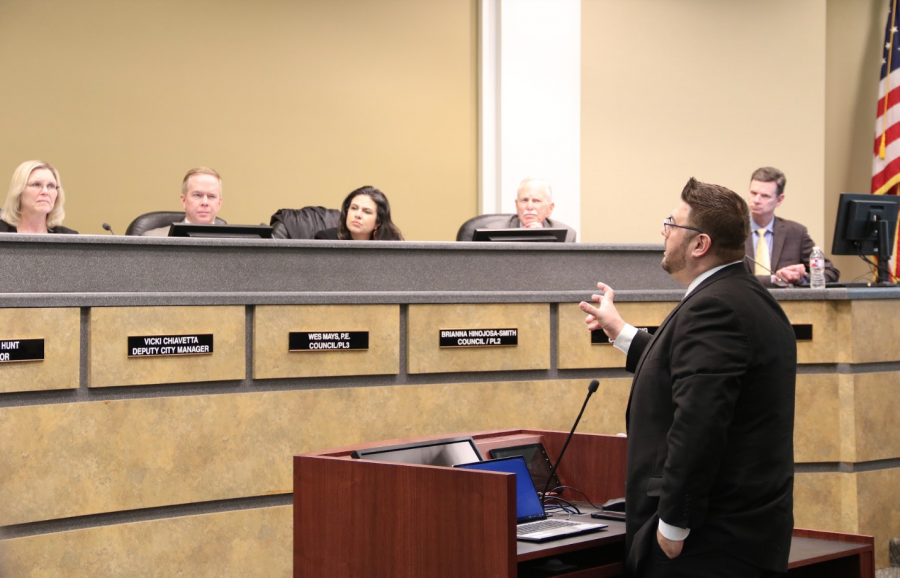 The Coppell Arts Center has been approved by the Coppell City Council $672,894 to spend on the purchasing of new audio and visual equipment, not accounted for at the initial proposal in 2017.

Of that price, around $350,000 is proposed to move from the FF&E budget and to offset those costs, future sponsorships are said to be gathered by the Coppell Arts, Culture & Heritage foundation.

“[The original decision in the budget] was made before I came on board so there should have been adequate power already in the main hall, lighting systems and an isolated ground for sound,” arts center managing director Alex Hargis said.

The original model did not account for the purchasing of touring shows and exhibits and thus did not include necessary lighting and video equipment. With the new budget, the PA system in the main hall, light fixtures, audio enhancements and revised projector models will be amended.

“Now that we are looking at being a presenting organization and bringing in small Broadway tours, these productions have a larger scope and we have to have the equipment to fulfill them,” Hargis said.

Deputy city manager Traci Leech presented, and the city council approved, the Dallas Area Rapid Transit (DART) Silver Line Light Rail alignment which details the path of the railway as it starts west of Moore Road where it deviates south into Cypress Waters and City of Dallas. Though DART can exercise eminent domain, legislation requires its ED Resolution to be approved by the local government.

February 2020 was proclaimed as the American Heart Month as Coppell has become a PulsePoint community. PulsePoint, an app, allows members of a community who are CPR trained to be aware of heart emergencies faced by community members in a public setting. The Coppell Life Safety Park is hosting CPR training classes necessary for the use of this app.

Early voting for primaries begins Feb. 18 and goes to Feb. 28, and Election Day is March 3. Citizens can vote in any polling place within their county.