You can’t have your pi and eat it too 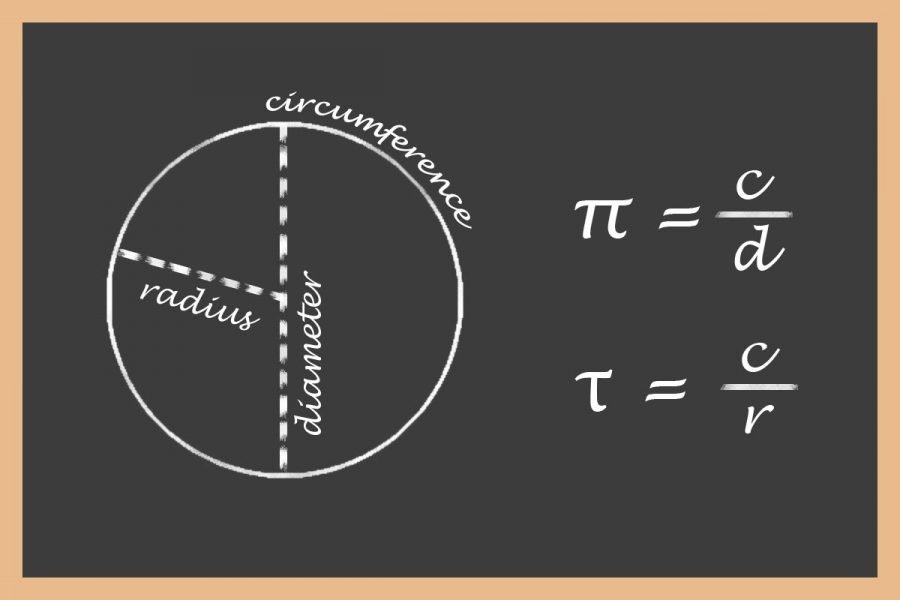 Some 23 centuries ago, Euclid defined a circle as “a plane figure bounded by one curved line, and such that all straight lines drawn from a certain point to it are equal.”

The diameter of a circle is a line that passes through the center, has endpoints on the circle and is always twice the radius. However, the diameter is definitionally unnecessary; it is a value defined solely for measuring purposes.

The radius defines a circle, not the diameter. A circle may have constant width, but so do infinitely many other shapes; only a circle has a constant radius.

So why is it that pi, the primary circle constant used in high school mathematics, is defined as the ratio of the circumference to the diameter?

Unfortunately, mathematics has fallen to use the former value, which has flaws that become apparent in the higher grades of high school math, notably precalculus, where the unit circle is critical.

The use of pi in the unit circle makes it unnecessarily confusing.

The unit circle is simply a circle graphed on the x-y plane, where the center is the origin and the radius is one. It marks certain points around the circle with their angle in radians, a unit defined as the angle subtended by a circular arc equal to the length of the circle’s radius. This results in one half of the circle being equal to pi radians, one quarter being equal to pi over two radians, and so on. The conversion of needing to divide and multiply numbers by two for seemingly no reason obscures a central concept of the course.

Fortunately, there is a solution, proposed by programmer Michael Hartl’s The Tau Manifesto.

Tau (τ) is a Greek letter defined by Hartl as the ratio of a circle’s circumference to its radius, or 2pi.

With tau, the full revolution of the unit circle is equal to tau radians. The sine and cosine functions both have tau as one period. There is no constant need to cut things into two. According to British student Oliver Sayeed, using pi instead of tau would be like measuring time in half-years instead of years.

Some believe it would be confusing to switch to tau after using pi for so many years, but there is no need to confuse high school math students any longer.

The real problem becomes the hows of implementing it and making the change.

“The next time you write something that uses [pi], simply say ‘For convenience, we set tau equal to two pi’, and then proceed as usual,” Hartl wrote. “The way to get people to start using tau is to start using it yourself.”

Pi had a place once, when the Egyptians were building the pyramids and the diameter was practical for measuring. Now, pi exists to obscure the true beauty of modern mathematics.

You can’t have your pi and eat it too. It is time we caught up the circle with the rest of the world.