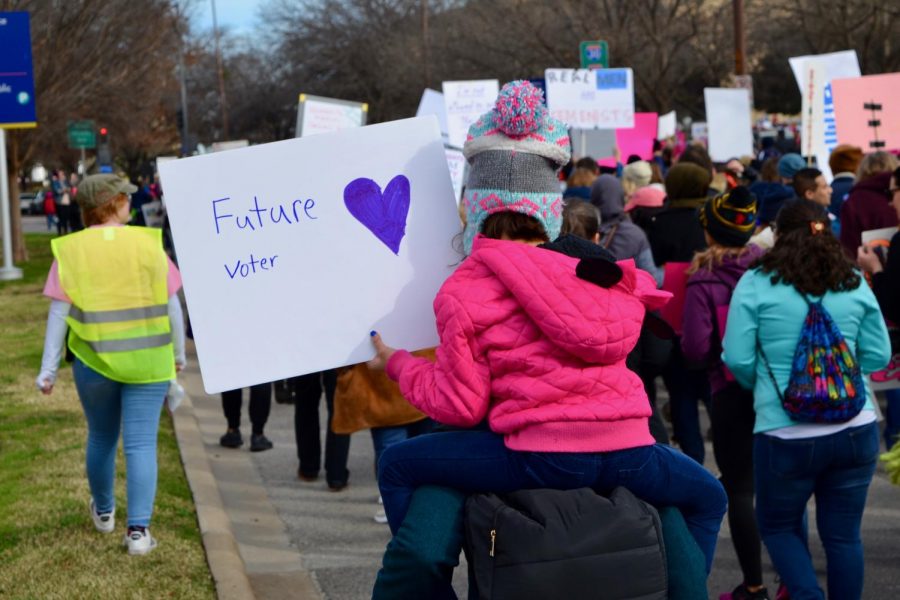 During the 2019 Dallas Women’s March, activists stress the importance of voting and women’s rights. On Sunday, the fourth annual march will take place at the St. Paul United Methodist Church.

On Sunday at 2 p.m., people will line the streets of Dallas for the fourth annual Dallas Women’s March.

Such as last year, the event was organized by state representative Victoria Neaves and Rhetta Bowers – District 207 and District 113 respectively – along with volunteers gathered online.

Preparation for the event includes a Planned Parenthood Sign-Making Party which will take place tomorrow from 6:30 to 8 p.m. at 7424 Greenville Avenue in Dallas.

”The 19th amendment was proof that women can make a change,” Coppell High School senior Molly McGill said. “[The 19th amendment] brings us to fourth-wave feminism, which is driven by women seeing decisions being made in government and not feeling represented, so they take a stand.”

The overarching theme of the march ties in with the 2020 election season, which currently contains three women – Tulsi Gabbard, Amy Klobuchar and Elizabeth Warren – running for president.

“If we get a president who is a female, or just a Democrat that supports the feminist movement, feminism will get to focus in on more specific problems such as feminine product accessibility and the wage gap instead of protesting a political leader,” McGill said. “[In response], hopefully feminism will start to normalize. My hope is the stigmatization of the word ‘feminist’ will dissipate. At least I would like to hope so.”

Armed with signs, the activists will make their way to Dallas City Hall where they will conclude the march at approximately 5 p.m.

The organizers running the event have advised possible attendees to use public transportation methods as the number of available parking spaces is expected to be low.