Rise of Skywalker is an improper ending to saga 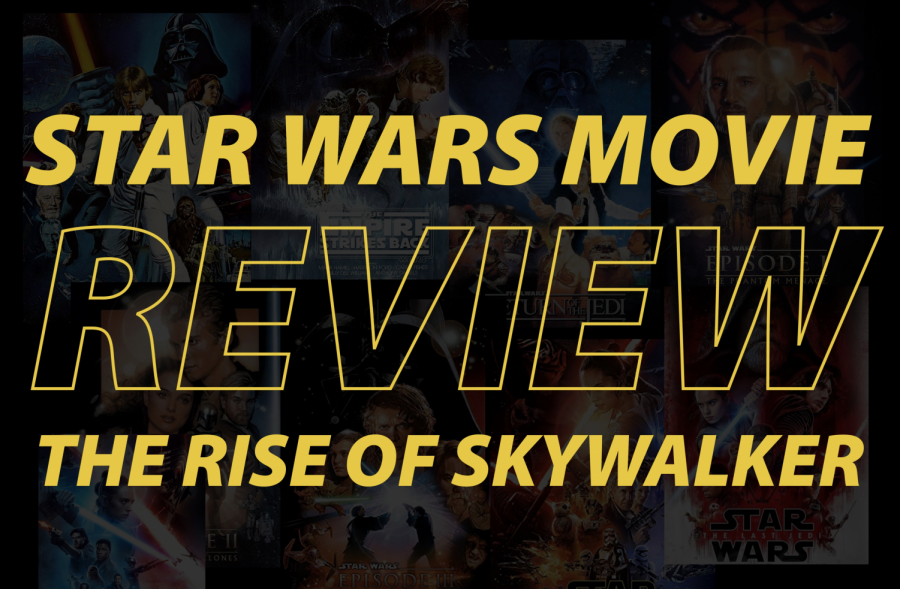 Warning,the following includes spoilers. Read at your own discretion.

The Rise of Skywalker, which released Dec. 19, marked the end of a 42-year saga. In the latest trilogy, Rey, Finn and Poe face the First Order after surviving the Resistance.

After watching the latest installment, I felt nostalgic because it was a big part of my childhood, as it was for many. An era that engrossed an overwhelming amount of people has officially ended.

I was excited to see how everything wrapped up, but I was also sad that such a well-enjoyed saga was coming to an end. The movie feels very commercialized, as if the writers were trying to load the movie up with a bunch of fan service because they thought this is what the viewers wanted.

In the previous films, Rey has come to embody everything the Jedi believe. However, as she feels the Dark Side trying to take over, she begins to struggle with self-identity and feels like she has the Dark Side deep within her.

Not to mention, Kylo Ren has been communicating with her, which only confirms her belief. Together, he and Rey will become unstoppable in conquering the galaxy.

She begins to repress her natural dark tendencies because she feels like there is something wrong with her. If this sounds familiar, it may be because Anakin Skywalker, also known as Darth Vader, faced similar challenges.

We see a lot of similarities shared between Ren and Skywalker, such as how they were raised by the light, turned to the dark side and in their final moments, showed they were good deep down.

As Rey is dying, Ren holds her in his arms and brings her back to life. For a split second, they are both happy and even share a kiss, but Ren suddenly dies which kills the entire mood.

The movie undoes numerous parts from the previous movies that fans loved so much, which is why it didn’t get the best feedback.

Palpatine, who we thought had died, makes a reappearance for revenge. They never explained how he suddenly rose from the dead. I was initially shocked by this news and refused to believe it. That was until Ren came face to face with him. Of course, Palpatine wants to join forces with Ren in hopes of taking over the entire galaxy.

There is a lot of speculation about where Rey came from and who she was related to, which isn’t without reason. As a last-minute plot twist, she ends up being the granddaughter of Palpatine.

This whole time, deep down, she knew what had happened with her parents, but chose to ignore it. It is later revealed her parents chose to be nobodies and were hiding and left her to protect her from their same fate.

Once she comes to terms with her past pain, she unravels her present problems.

We start to see a different side to Rey. In the past, we have known her to be a strong fighter, but we start to see her more compassionate side. She is constantly putting her friends as well as the rest of the galaxy before herself. She also has a newfound power to heal others.

The movie teases the viewers with Finn almost confessing his feelings for Rey, but he ends up not going through with it out of fear. The love triangle between Rose Tico, Finn and Rey was not really mentioned either.

Tico, introduced in The Last Jedi, is completely dismissed in this movie and is basically an extra with a couple of lines. She is a beloved character, which is why I do not understand why she wasn’t given a larger role. Her relationship with Finn seemed to be going well, but the movie never explains their apparent disconnect.

It should be noted that the writers did deal with Carrie Fisher’s unexpected death in 2016. They used old footage from The Force Awakens, which explains why it was very fragmented. They did a good job of working with what they had and being flexible.

Throughout the saga, there has been a division between the light and dark sides. However, this doesn’t give much room for any gray area, which probably contributes to Rey’s struggle. The previous Jedi spirits are now apart of the remaining Jedi, which forms a connection between the past and present.

They are locked in an everlasting conflict, where the Jedi are trying to achieve a balance. The dark and light sides have been given an array of powers they use to try and defeat the other.

Overall, the movie is very messy, because they are trying to wrap everything up. There were so many unanswered questions from the previous movie, so covering it all feels a little rushed and forced. It feels as if the movie is a combination of a bunch of fan theories that don’t really make sense together. Sadly, this movie is an unjust conclusion to the rich universe of Star Wars.