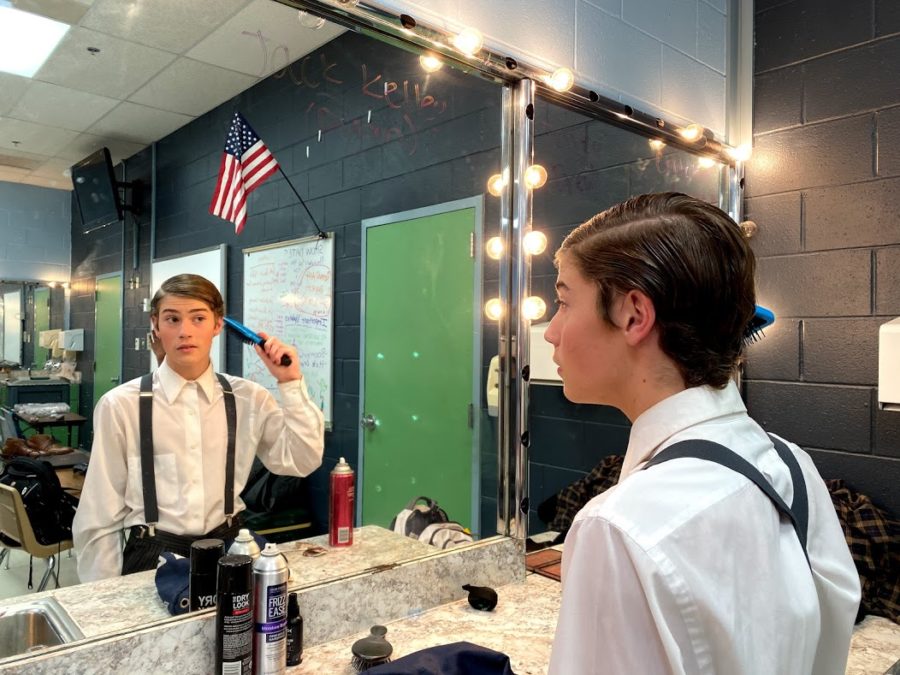 In December 2017, CHS9 student Jude Taylor’s family moved to Coppell from Cambridge, England. The decision was made so Taylor’s parents, both doctors, would have an easier time finding work.

In England, Taylor attended the Perse School in Cambridge. The school is well-known in the east of England and in Cambridge, which is famous for its university and academics.

“It’s very old-fashioned,” Jude’s mother, Dr. Boo Taylor, said. “It’s like going back in time, to the days of old-fashioned buildings and cobblestone roads, sort of like Hogwarts. When we moved over, everything was new and shiny.”

His move to Coppell allowed Jude to realize significant differences between his life in England and life in Coppell. Culture, education and even something as seemingly small as the weather posed challenges to his adjustment.

“When I first got here, I was surprised how people are so much friendlier,” Jude said.

Jude’s appreciation for Coppell extends beyond the friendly community to the extracurricular opportunities.

“[The extracurriculars here] are a lot better than in England, for sure,” Jude said. “There’s a lot more opportunity to do other things here. In England, it was quite limited, there wasn’t really much else to do, but there’s a wide variety of things to do here.”

Dr. Taylor also voices her appreciation for the way Coppell ISD cherishes uniqueness in its students.

“In England, everyone’s like robots – everyone has to do the same thing and learn the same way, so we love the freedom you can choose in school,” Dr. Taylor said. “Here, there’s a good opportunity for him to think outside the box and explore some of his individuality.”

So far, Jude has taken advantage of the variety of extracurriculars offered in Coppell schools, especially soccer and theater. Since moving here, he has been in six shows, including productions at Coppell Middle School West and the Firehouse Theatre in Farmers Branch. Most recently, he played the role of Bunsen and a policeman in Coppell High School’s fall musical “Newsies”.

Jude’s aspirations for his high school theater career motivate him to audition for as many shows as possible.

“In the next few years, I hope to get the lead in one of the shows,” Jude said.

In addition to a deeper love for theater, Jude has developed relationships with other people involved in the program.

“The most important thing is the friendships he’s found in theater,” Dr. Taylor said. “He joined theater straight away and found immediate friends – people who were similar minded to him, people who are confident and like to be onstage.”

One of those friends, CHS9 student Tyler Schweitzer, recalls the fun times he shared with Jude during tech week for “Newsies.” As the week before the opening night of the musical, tech week can be a stressful time for the cast and crew.

“Jude is one of the best people I’ve ever met,” Schweitzer said. “He was always focused on his work but also having fun with it. It took off some of the edge I was struggling with.”

In addition to theater, Jude plays soccer, which is something he brought from his life in brought from his home in England. He displays his love for the sport through his position (right back) on the Coppell JV2 team. His father, Dr. Justin Taylor, currently plays in the Coppell Adult League after previously being a part of a semi-professional league in Cambridge.

Even though Cambridge is renowned for its academics, Dr. Boo Taylor thinks Coppell schools are a better fit for Jude.

“CISD has done an amazing job for somebody who wasn’t brought up in this country and who’s only really been here for two years,” Dr. Boo Taylor said. “But it feels like we’ve been here for 20 years because Jude feels really accepted here.”

Grateful for the community her family has found in Coppell, Dr. Boo Taylor reflects on the benefits of moving to a different continent for a young person.

“Children who have moved around become much more interested in the world,” Dr. Boo Taylor said. “They see different perspectives of life, they hear about other cultures and become more flexible. Everything is different, but he’s adapted well, and that has set him up for life in general.”