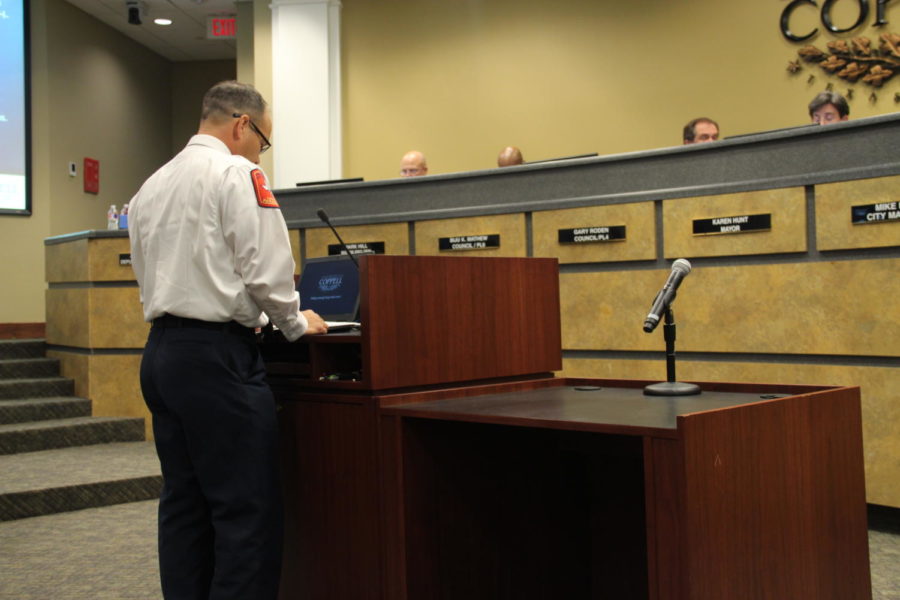 According to Richardson, the new station will allow the department to respond to emergencies on the west side of Coppell more quickly.

“It’s important for folks to understand before we spend $11 million,” council member Gary Roden said. “A minute doesn’t seem like a lot [until] your house is on fire or you’re having a heart attack, so I appreciate the diligence of the [fire] department.

“All three of [the fire engines presently used by the Coppell Fire Department] were purchased by Coppell in 2010,” Richardson said. “They will reach their projected lifespan of 10 years as frontline apparatus during this fiscal year.”

The purchase will cost approximately $2.3 million.

Due to numerous requests from the fire department, the council approved two new on-street parking-free zones along Mapleleaf Lane. Contacted homeowners in the area were not in opposition to the zones.

A new office was appointed for the City of Coppell’s Boards & Commissions. According to Mayor Karen Hunt, there are two new boards this year.

Hosted by the City of Coppell, the Gobble Wobble 5K and Fun Run will take place at Andrew Brown Park East on Nov. 23.