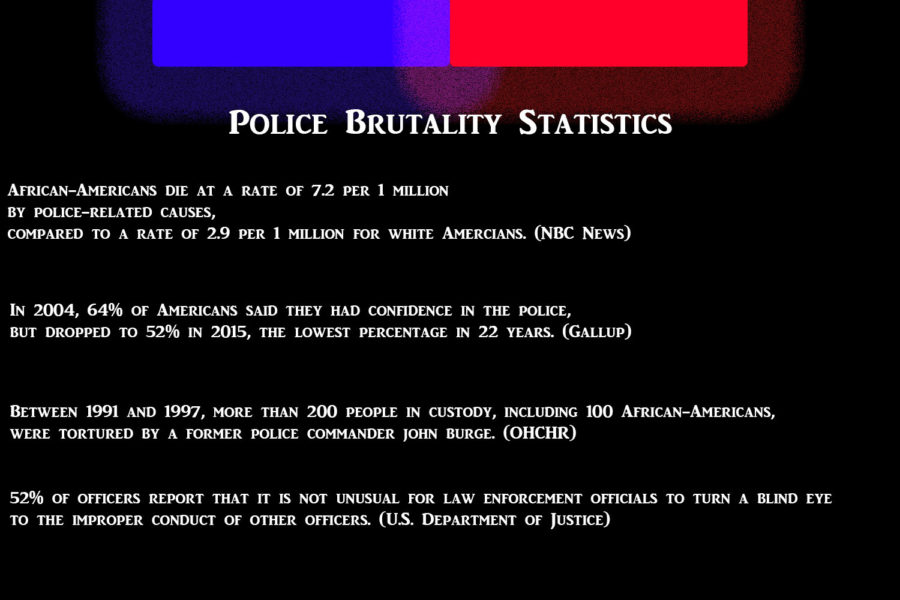 Largely due to frequent police brutality occurring recently, American citizens’ confidence in law enforcement has greatly decreased. Although Coppell does not have an issue with police brutality, the town’s police department is still affected by the nation-wide problem.

Compared to decades prior, more cases of police brutality have restocked the media headlines on a routinely basis, and the effect on Americans can be seen by looking at the numbers.

In the last fifteen years there has been a dent in the confidence citizens have for law enforcement. According to Gallup, 64% of American citizens trusted the police in 2004. That number dropped to 52% in 2015, the lowest it has been in 22 years, although there was a 4% recovery the following year.

“It’s hard to trust the police because of the stories that have been going around, but you can’t generalize all police, because there are some good officers out there,” CHS junior Mya Green said. “Our situation in America with police brutality is so different from other countries, and that adds to our fear.”

Dissecting the issue of police brutality would not be as thoroughly accomplished without discussing the statistics of race.

A report for the United Nations Committee on the Elimination of Racial Discrimination in 2007 states, “racial profiling and police brutality have their roots in enforcement of Slave Codes, and later Black Codes and Jim Crow segregation laws.” Today, the leading cause of death for young black men in America is getting killed by the police.

“[Police brutality] is an issue, but it also creates a stereotype that all police officers are bad,” CHS junior Annabelle Sigman said. “It’s hard for me personally – because my dad is a [Dallas] police officer – to know there are some police officers who are taking advantage of their power and making it harder for other policemen.”

Despite these statistics, a common truth in the concept of police misuse of force is that violent incidents such as these are highly dependent on location. Rates of police violence are highest in big metropolitan areas. In a suburban town such as Coppell, cases of police brutality are few if not nonexistent.

“[The Coppell Police Department] does not really have an issue with police brutality, but we are affected by it,” CHS Student Resource Officer Reggie Walker said. “When someone who might be passing through Coppell gets pulled over, you can feel their tension and frustration because of the things they’ve seen on the media.”

For Walker and the Coppell Police Department, serving the community, the people and themselves is an important moral they strive to follow. Coppell Police Chief Danny Barton does his best to make sure CPD officers get the appropriate training needed so they can make the right decisions during any given situation.

“A police officer involved in an incident has a split-second to make a life-or-death decision, and people watching from their homes might not understand that,” Walker said. “Whenever anyone asks me what to do when they’re stopped by an officer, I like to say ‘comply now, complain later.’”

Coppell officers are trained to have an “ahead-of-the-curve” mindset instead of an “in-the-moment” mindset. They try not to judge other officers, but instead learn from what they have done.

For Sigman, the complexities of law enforcement and the reality of what her father’s job demands affected her in 2016, when downtown Dallas went on lockdown due to a shooting that resulted in five dead officers. Her father was one of the officers who was present to help during the situation.

“It hurts to know my dad’s job requires him to protect others, but so many people will automatically assume he’s there to harm them,” Sigman said.

Most law enforcement agencies follow what is called a Use-of-Force Continuum,  which is a set of policies that help guide an officer’s use of force. The continuum starts simply with the officer’s presence and ends with lethal force. It is the officer’s job to make the appropriate call on which method of force to use depending on the situation, which can change like the weather.

“An officer can do a hundred things right in a day, but if he does one thing wrong, every officer is held accountable for that action,” Walker said. “When I see something concerning an officer on the news, I know the media only has a snippet of what happened. It’s easy to have a quick opinion or reaction to that, but a snippet is not the reality of the situation.”