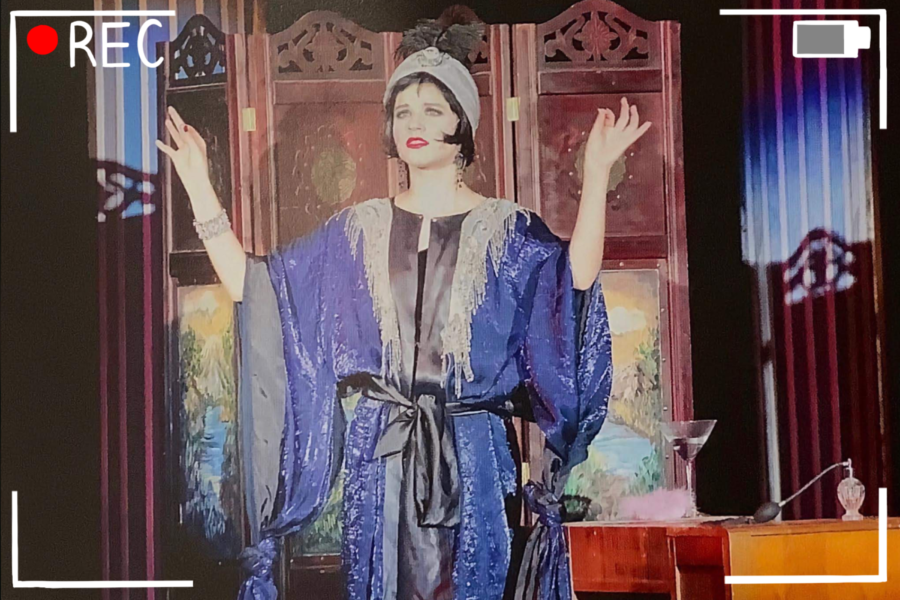 A young girl with a spark in her eyes stands on a stage, putting her soul into a performance that will change her life. She knows she loves acting, but she doesn’t know her passion will take her from Coppell all the way to the big screen.

This girl is 2013 Coppell High School alumna and actress, who recently starred in the 2019 thriller Survival Box.

Survival Box premiered on Aug. 16 at Imagine Cinemas Carlton in Toronto and on Apple TV on Sept. 3. It is presently available on YouTube, Amazon Prime and Google Play.

“I’m grateful [Survival Box] was the first experience I had after school,” Zuniga said. “I was learning so much. I’m really proud of my work.”

Zuniga plays Kit Tackingham, whom she describes as intelligent but misguided.

“Reading the material, it was clear [Kit] undergoes a huge transformation, and it scared me a little,” Zuniga said. “The role was a challenge because [Kit] was a character with ruthless inner demons. Her struggle as she wrangles with her mental health in isolation is heart-wrenching because of the stigma and misunderstanding surrounding those issues.”

Zuniga graduated from New York University in 2017 with a bachelor’s degree in drama.

“[NYU] was tough, but I’m grateful for it,” Zuniga said. “I got to work with some of the most incredible people.”

Zuniga’s interest in acting began as a 10-year-old who first moved to Coppell. She took film acting classes with Cathryn Sullivan, who coached actors such as Demi Lovato and Selena Gomez. Soon after, Zuniga began stage acting in sixth grade at Coppell Middle School North.

“[CMSN theatre director Brittany Reese’s class] was my first foray into theatre,” Zuniga said. “That’s when live performance and the magic of it really started to show up in my life.”

At CHS, Zuniga was heavily involved in both theatre and oral interpretation.

“I had this complete love for acting,” Zuniga said. “I wanted to get my hands on anything that would even remotely give me the chance to perform.”

Zuniga competed in Poetry Out Loud, a national high school poetry recitation competition. In her sophomore year, she won the Poetry Out Loud state championship, advancing to the national level hosted in Washington.

“It was a really stunning experience,” Zuniga said. “I fell in love with the competition. One of my poems was by Queen Elizabeth I, and I was getting to act like her with her own words. How stunning is that?”

Zuniga advanced to nationals again in her senior year. She was one of nine finalists selected to perform in finals. Although she did not win, Poetry Out Loud later invited Zuniga to perform at the Library of Congress National Book Festival in Washington. She invited her former coach, CHS oral interpretation teacher Maleda Kunkle, to the event.

“It was just exciting to be there to see her and know how good a job she did,” Kunkle said.

Kunkle left an indelible impact on Zuniga, and their bond lasts to this day.

“Freshman year to senior year, she really took me under her wing,” Zuniga said. “My confidence was building because Kunkle really believed in me from the very beginning. She always told me, ‘From the moment I met you, I knew you were an actor.’”