Saturday, Feb. 27, Coppell High School senior Elisa Farrell competed in the state Poetry Out Loud competition in Austin in hope of advancing to the national level for a $20,000 scholarship and more.

She was elected to be the one representative from CISD to compete at Texas Poetry Out Loud Competition.

“I wanted to compete because of the scholarship money and also because I like poetry,” Farrell said. “It’s a catharsis, a way to release some of the built-up feelings I have [in order] to capture my emotions. I stink at keeping a diary [and] with poetry you can mess around with it. It’s an artistic release and it also allows for more creativity.”

Farrell and CHS librarian Lex Anne Seifert drove to Austin that Saturday morning for the one o’ clock competition at the University of Texas at Austin. Although she did not place to advance to Nationals, Farrell calls it a memorable experience. 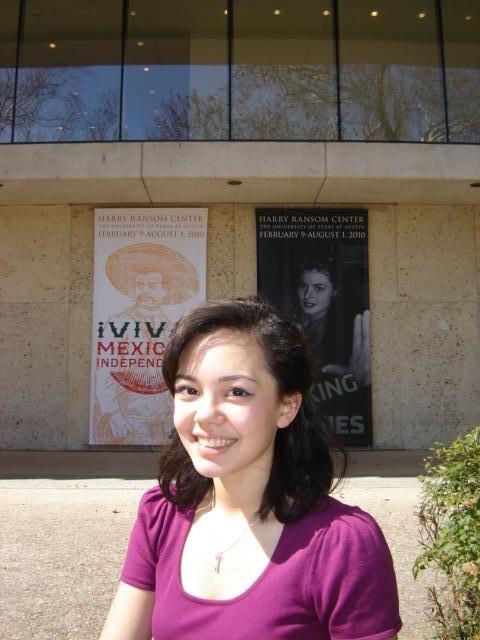 “I got to meet a lot of people who share common interests with me and even though we were competing against each other we also encouraged each other,” Farrell said. “It’s not like I’m going to talk to my friends in my engineering class [and say] ‘Oh, hey guys, I read an amazing sonnet by Lord Byron last night’” It’s nice to have a group of people who can say ‘Yeah, I loved that one’ rather than thinking I’m eccentric or weird.”

For years, Farrell has been working with poetry, composing it, reading it, speaking it and publishing it. She participated in Oral Interpretation in 9th grade, similar to the Poetry Out Loud event but one that leans toward acting rather than speaking the poem. Her occasion with this competition, however, began as a mandatory English assignment, assigned by her teacher Eileen Krueger.

“I love poetry so much but so often we study poetry as words on paper, but that’s not why poetry became such an integral part of society -it was the spoken word,” Krueger said. “I’m afraid that we’re losing that focus while we study poetry [in high school], so [I required that] all the students do something [for Poetry Out Loud] and from there if they wanted to pursue their poem, they could.”

One of 18-year-old Farrell’s short stories, “Waltzing”, was published this year in teen magazine Teen Ink, the same story to be seen in the 2010 edition of CHS’s The C.L.A.M. Even as a third grader, Farrell won the Denton Creek Elementary poetry contest with her poem “Books”. Having continued her interest in poetry through middle school, she has also submitted works to the “Northern Lights” publication of CMSN.

“Elisa has always had a special connection with her English teachers and librarians,” mother Roda Farrell said. “She has been blessed by having so many who have nurtured her passion for literature. At CMSN, Ms. Hevron allowed Elisa to take out two novels each day after school, and they would be returned, finished, by the next morning. Seifert was at DCE when Elisa attended, so her sponsorship of Poetry Out Loud brings their relationship full circle.”

“Because this was the first time we went, now I know what it takes to be the state winner and have a real opportunity at earning that $20,000 scholarship,” Seifert said. “One thing [I learned is that] students that are really serious need to select lengthy poems. The poems of the winner and runner up were much longer than Elisa’s.”

A new idea that grew from Seifert’s and Farrell’s experience at State is a Poetry Night at CHS. Much like the poetry night at Borders Bookstore, Farrell hopes to bring a night of open-mike poetry to the high school for the student community to share their own poetry.

“[It’s] also to get more people involved about the Poetry Out Loud for next year,” Farrell said. “I know people who write poetry, people who like to read poetry, [so] this will allow people to meet others who share the same interest in poetry.”