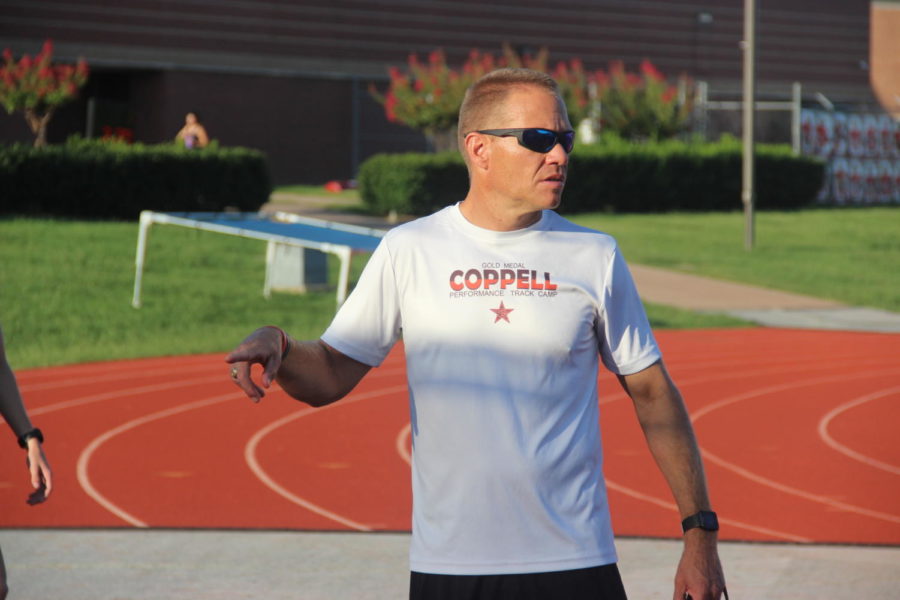 Spoor replaces Chris Stricker as head coach. Prior to Stricker’s departure from the program, Spoor served as assistant coach.

“Now I am in charge of the total program for both varsity and JV, whereas before I was just assisting the JV teams,” Spoor said. “My role is to oversee the development of all of the players, recruiting in from the middle school and just trying to set and exceed our expectations.”

As Spoor heads into the head boys golf position, Beyer is to replace his former position.

“[The transition] is going to be great because the kids already know [Spoor] and have a relationship with him,” CHS girls head golf coach Jan Bourg said. “He is such a hard worker and he will do anything that needs to be done and he has a lot of energy and experience and if you put those together, he just is a really good guy.”

The new change in leadership does not affect the varsity girls team. However, Beyer will be working with the JV girls and boys teams.

“Two years ago, I was a volunteer assistant with the boys and at the end of that school year when they were building the freshman center, the decision was made to have a full time assistant coach,” Beyer said.

Beyer grew up playing baseball and basketball at Park Hill High School in Kansas City, Mo. He has been recreationally playing golf for more than 10 years.

“Most of the golfers out there for boys and girls are better than their coaches, but it’s not really about that,” Beyer said. “It’s more about being there for them and helping them because golf is a mental game.”

To balance his full plate of teaching his practicum pharmacy tech class, sponsoring the Cooking for a Cause club and coaching golf, Beyer focuses on prioritizing his time.

“It’s all about prioritizing time because I still like to watch sports on TV, watch movies, so it’s just balancing those things,” Beyer said. “Golf is one of the few sports that is year round – it starts in September and goes until the end of April. It’s just planning ahead and that’s how I suggest anybody manages their time.”