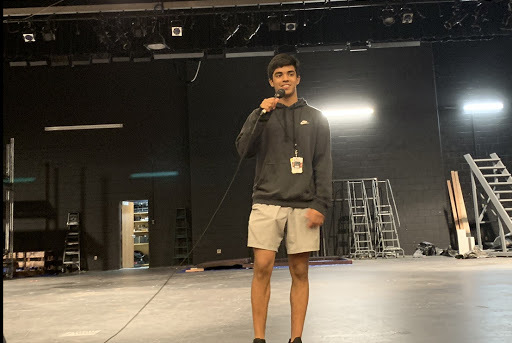 Coppell seniors Aneesh Arora, Aarush Arora and Nasser Alexander are the communications head, curations head and organizer, respectively, behind the school’s first TEDxYouth Talk in the past four years. The event is on Wednesday from 5:30 to 7:30 p.m. in the CHS Auditorium and is open to all, free of cost. The seniors discuss their motivation behind making the event a reality and what they want the community to gain from it.

What type of experience are you trying to make this for students?

Aneesh: With the speeches, the students get an opportunity to open up to their peers and give them a better understanding of who they really are and what their mindset is. It also allows the students to be more receptive to others. In Coppell, I’ve seen students just hang out in their own cliques the whole year, so [the event] helps people who don’t know each other understand each other’s point of view.

Alexander: To [help others] engage with the community. People [at CHS] are not engaged with each other enough and so we wanted to create a platform that gives a voice to changes and ideas people want to see and have people open up to new perspectives people haven’t heard from before. We want people to keep in mind that this is a youth event so it’s everyone’s first TED Talk, so we’re really appreciative of people’s willingness to make it happen.

What is the theme of the event?

Aneesh: The theme for our TED talk event is “the world reimagined” so we have a few political, environmental and scientific based topics from our speakers.

What does the theme mean to you personally?

Aneesh: In Coppell, we have people from varying ethnic backgrounds and with this talk we get to see how each individual is different with their view their world and where they want the world to go in the future. We are the youth, we are the ones that are going to be running the world, so we need to look out for these things.

Aarush: There are a lot of problems going on in the world right now, so this theme is for us students to share our view on these problems and help [our peers] understand it. Not everyone is aware of what’s happening around the world so the speakers can educate students and also help them understand what we can do to solve these problems.

What are some topics that will be discussed at the event?

Alexander: One of the interesting speeches we are going to have is from [CHS senior] Ram Castro. The title of his speech is “just keep swimming”, and it is about how he has developed himself as a person, and how to keep striving in difficult situations. He’s going to be sharing that on a more broader perspective and have that relate to the audience.

Aneesh: There is also a speaker, [CHS senior] Bikal Sharma, talking about voter apathy and how it has increased in [younger voters]. In recent times we have seen less and less people vote and that’s why there have been new voting campaigns to get more people to vote.

Aarush: Also, [CHS junior] Jordyn Morris plans to talk about the LGBTQ+ community and how LGBTQ+ awareness should be spread in schools and be more accepted.

Alexander: That’s an important topic to have right now, especially with the law that just passed in Illinois regarding LGBTQ+ education’s place in public schools, so we wanted to give her a platform to spark change in areas like Texas.

Are there any outside speakers coming in to speak?

Alexander: Yes, we actually have one. His name is Todd Storch and he co-founded Taylor’s Gift Foundation, a local nonprofit. He’s going to be speaking about organization’s motto of “outliving yourself”.

Aneesh: When [Alexander] told me about him, I thought it was really interesting because he started that [nonprofit] after one of his daughters passed away so the entire foundation was in her remembrance. It’s really cool to see someone part of the Coppell community is willing to talk to students to educate them.