Fall Music Series caters to those of all ages, creates sense of community 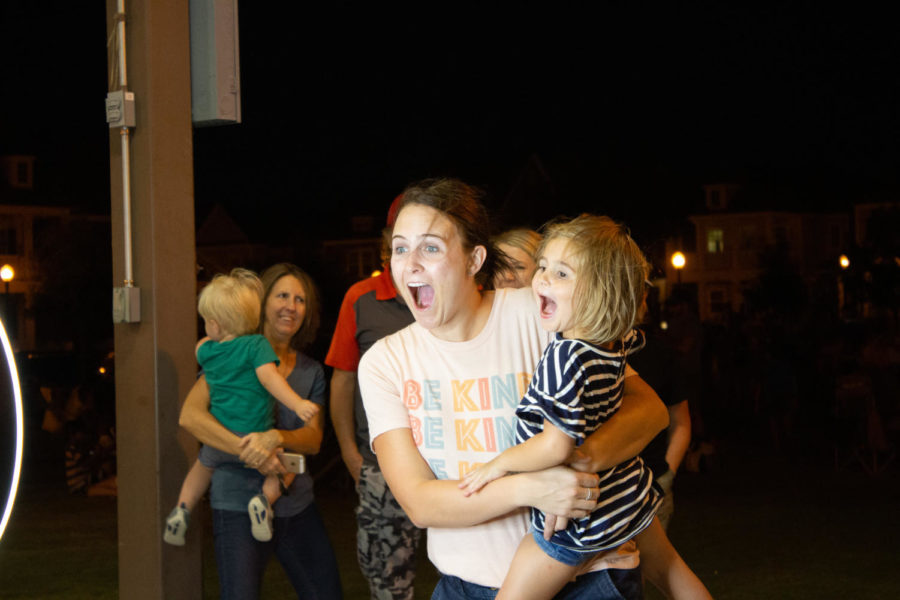 On Saturday night, the Square at Old Town came alive under the stars. With children cartwheeling in front of live music, splashing around in the fountain and running around with ice cream smeared across their faces, the Fall Music Series infused a sense of intimacy and community into the Square.

Cover band Elevation began the two-hour-long set with trendy songs such as “Old Town Road” by Lil Nas X and ended with classics such as “Ain’t No Mountain High Enough” by Marvin Gaye and Tammi Terrell, demonstrating the breadth of the night’s music selection.

Across the Square, the Coppell Parks and Recreation department, responsible for organizing the event, served complimentary popcorn and passed out foam footballs to different families. Gourmet food trucks including Mi Cocina, Hook and Ladder Pizza and the Fruit Bowl offered a variety of food options for attendees while enjoying the free music.

Under the patio, kids played with larger-than-life jigsaw puzzles and Connect Four alongside their parents playing cornhole. The event offered something for people of all ages it seemed.

“We’re able to have everything really close,” Coppell Parks and Recreation marketing coordinator Lilia Gans said. “You can set up your lawn chair and watch the band play music. You can walk over to the playground. You can go over to the fountain. There’s just a lot of activity and things to do to help keep a young family busy or just to entertain the adults. It’s a little bit for everybody, and I think it’s nice to have that in a closer setting.”

As the sun began to set, the live music wasn’t the only thing filling the air; a feeling of community and connection emerged as the night progressed.

“You can tell the city is working to develop friendships and a community,” Coppell resident Lisa Lasky said. “And I just love watching the little kids running around while listening to live music outdoors.”

With the hundreds of attendees, the extensive event caught the attention of those even beyond the boundaries of Coppell.

“Here, you can meet a lot of people from the neighborhood and not even just this neighborhood,” Coppell resident Yao He said. “Sometimes, people come from other cities like Irving, and I met some of them tonight.”

With last year’s Fall Music Series both rained out, this year offered more agreeable weather conditions, which ultimately led to a greater turnout. Even in comparison to the Fall Music Series that occurred on Sept. 7 of this year, more families were present this time around.

With the large number of attendees naturally came a sense of belonging within the Coppell community, all enjoying the music and ambience of the night.

“We have a lot of families; we have a lot of neighbors and friends come out and just hang out and have a good night,” Gans said. “It’s just like a huge family picnic in a way. In this city, we’re all about building community and having a family community for a lifetime.”