Part of modern culture is normalizing lack of privacy 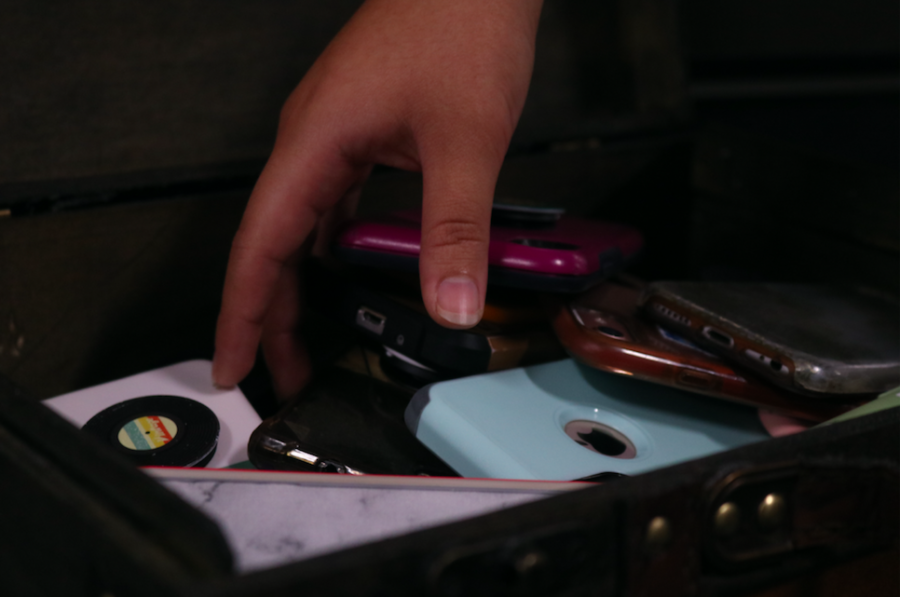 The Sidekick staff writer Camila Villarreal writes about concern over desensitization to online privacy issues. Breaches in privacy on the internet have become more common in recent years.

The World Wide Web has always been at the tip of your fingers.

In 1983, when the internet was introduced, computers were the size of a small suitcase. Today, they slide into your pocket and are thinner than a Pop-Tart packet. Because you are capable of so much with just a tap of a button, it is easy to assume the internet has as much access to you as you do to it.

According to Harvard Law, the United States is one of the countries least concerned with internet privacy, and the internet continues to grow into a more dangerous entity, as companies can now take information you assumed would be private. It is becoming an issue that neither parents, teachers or the internet itself can control.

If you have ever skipped the terms and conditions of an application or website, you are one of many. A survey in 2017 found that 91% of Americans do not bother to read the legal terms and conditions before accepting them. It may seem like a harmless press of a button, but doing so could give companies access to your personal photos and private information.

“Oftentimes the terms of service are to the advantage of the company and not the user,” Coppell High School computer science teacher Michael Finnegan said. “Pay attention to companies who have been repeatedly called out for violating privacy. If people stop using a service because they have concerns over something then that service is forced to change.”

This summer, a trend involving a Russian-based app called FaceApp seized the internet. Millions of people registered and shared pictures of themselves using a filter that made them look like realistic elderly versions of themselves. The trend soon died, however, as concerns arose over their terms of service, which specifically states that you “grant FaceApp a perpetual, irrevocable, nonexclusive, royalty-free, worldwide, fully-paid, transferable sub-licensable license to use, reproduce, modify, adapt, publish, translate, create derivative works from, distribute, publicly perform and display your User Content and any name, username or likeness provided in connection with your User Content in all media formats and channels now known or later developed, without compensation to you.” In short, by agreeing to the terms of service, you have granted FaceApp the right to utilize everything you share or link to your account without telling you about it first.

To put the issue at hand into perspective, the year 2017 can be used as a good example of a bad year for privacy. Congress gave internet service providers the power to collect and sell customer browsing data, effectively cutting off the federal layer of protection for consumers and leaving the fate of a consumer’s data up to them. Facebook had a massive scandal that shook up big corporations as they were put in the spotlight for inappropriate sharing of user information.

“I always warn my kids about the dangers they can face online,” said Mark Myers, father of CHS junior Lauren Myers. “There are tons of benefits to putting your information out there, but you have to think about the risks. Every time you search for products, ads can target your interests on other websites. It’s a consequence we face every day that we don’t even think about.”

When companies are exposed for being breached or selling personal user data, they are condemned, but evidence shows these scandals rarely impact corporations. Although many Facebook users vowed to delete their accounts and critics were under the impression that the company was doomed and unrecoverable, Facebook was nipped a mere loss of 15 million users, which may seem like a large amount until compared to the 2.41 billion monthly users they still have.

It is not only online privacy that is a problem in today’s society. In 2017, Equifax, a company that withheld information for two months about a security breach in which the identities of more than 143 million Americans were compromised. The company suffered major financial losses and a wave of public resentment, but even so, a new survey has found that customers are slacking in their efforts to protect themselves from identity theft.  In 2018, there were more than 12,000 identity theft cases alone. This issue is becoming commonplace and people are not motivated to do anything about it.

This, however, is nothing new. A Pew Research Center study found that, although people believe privacy is important and take some precautions against possible dangers, when given the option, they will not only willingly share personal information, but see the benefits in doing so.

The longer we put our trust in companies and services that are only interested in watching their own back, the more center stage our personal data becomes. The monotonous sermons and lectures about double checking what you release into the world of ones and zeroes are ineffective, but we should not wait until the consequences of our actions cause our personal information to be within reach of dangerous individuals and money-seeking internet service providers.

“It can be hard to remember what and who you are dealing with [on the internet],” CHS senior Alexis Jared said. “[Younger generations] have grown up with the internet all [their] lives. It can be difficult to see it as harmful. There’s always this mentality of ‘it’s not going to happen to me.’”

The fact of the matter is that people no longer care about protecting their privacy. You can always hear someone preaching the importance of it, but chances are they are not informed, not alert and not ready for the possible consequences of being lazy when it comes to their data. This ironic and hypocritical trend has come to define our technological era.