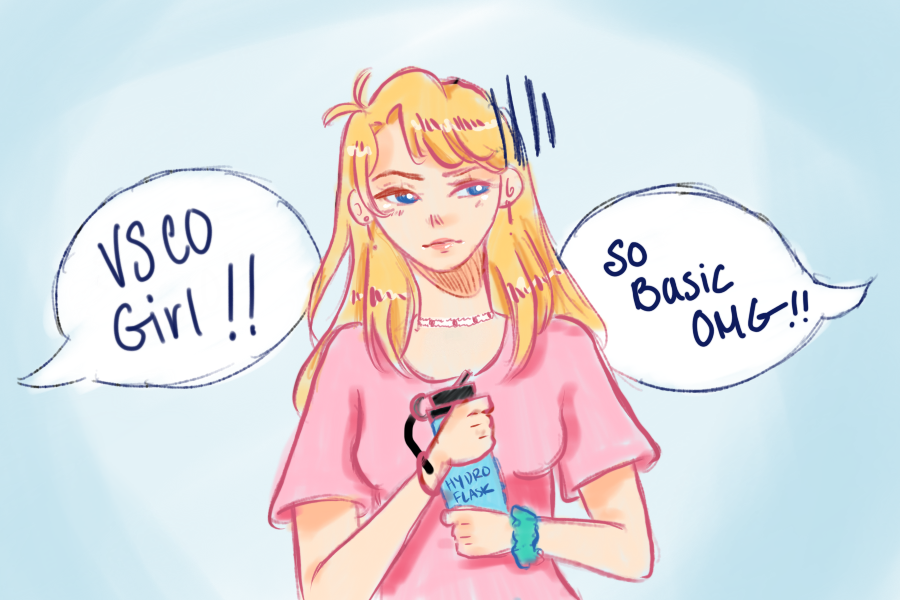 Girls and boys are faced with a double standard for what they can like. The Sidekick executive editorial page editor Claire Clements shares her own experiences of being part of this standard.

This phrase, made popular by drag queen Jasmine Masters, has now become synonymous with making fun of a new phenomenon taking over the internet: VSCO girls.

The memes behind the VSCO girls (girls who are always wearing oversized T-shirts, Puka shell necklaces, scrunchies and carrying Hydroflasks) may just be fun and games. They are joining Internet infamy alongside the Fiat 500 girls, the Tumblr girls, the 14-year-old girls, the E-girls and- oh yeah, basically just about any girl who exists.

Notice a pattern? I do. It’s the fact if you’re a girl who has any type of interests- whether they are ‘basic’, ‘not like other girls’ or anything in between, you’re shamed for it.

It extends beyond girls who fit into a certain stereotyped group. It’s the diminishing of every interest we have — I’m told the only reason I listen to K-pop is because of the way the singers look, because I listen to their albums for their looks, right? If we like something considered a ‘guy thing’, such as football, it’s only because we have a crush on the football players, right?

Here’s the thing: It doesn’t matter what we like or what we do.

Oh right, we’re defining girls through guys’ perception of them.

I’m not saying  all guys are like this; in fact, I don’t know a lot of guys in real life who are this judgemental or are constantly criticizing girls. And while we may be judging girls for their bodies and personalities, it’s not just happening to girls – it happens to guys too.

But we’re living in an age where everything we see on social media and the internet is becoming accepted as truth, so when we see these memes and jokes about the way girls are, it can be incredibly damaging.

We’re creating a society in which being a girl is exhausting because we’re trying to not be whatever they stereotype us as – regardless of our own interests and feelings.

I’m so exhausted of judging myself for being basic because I like Starbucks and oversized T-shirts and Birkenstocks. Why does it matter?

It’s 2019 – it’s time to let girls be girls. Let the VSCO girls carry their Hydroflasks with friendship bracelets in peace. Let the e-girls put hearts on their faces and dye their hair.