Kaushik, Sharma, beat one in a million odds 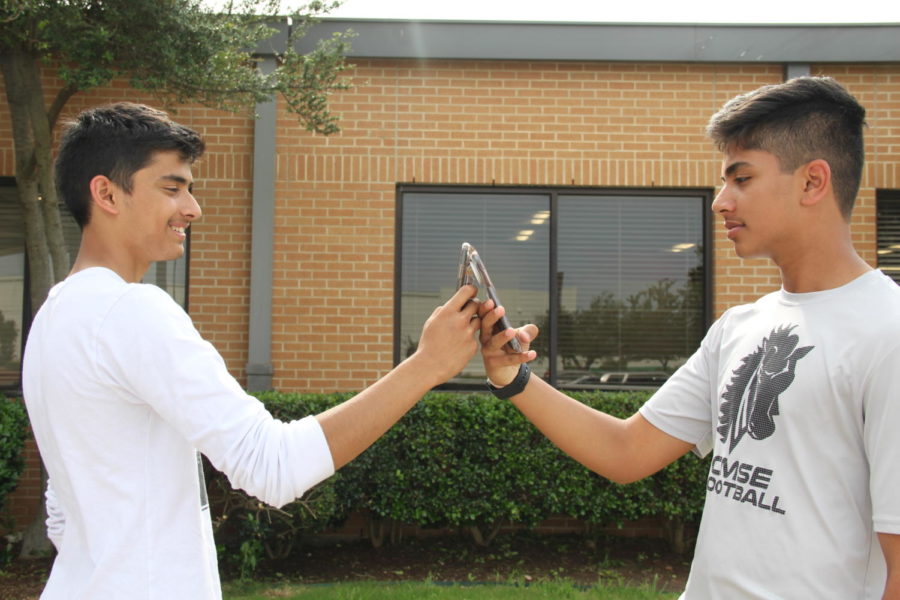 Earlier this year, CHS9 students Umang Kaushik and Svayam Sharma discovered that they could both unlock one phone using Face ID. This highly improbable occurrence raised concerns about the security of their apps, including banking and personal information, on their Apple phones.

“The probability that a random person in the population could look at your iPhone or iPad Pro and unlock it using Face ID is approximately 1 in 1,000,000 with a single enrolled appearance.”

In an article about Face ID, Apple made this claim.

Despite this, CHS9 freshmen Umang Kaushik and Svayam Sharma were able to unlock the same phone, using their face.

“When I got my new phone, the one with the Face ID, [Sharma] was just trying it and tried to open my phone, and then it actually worked with his face.” Kaushik said.

At first, they were met with disbelief.

“[Others] acted like ‘Wait…’. A lot of them thought we were [faking it],” Kaushik said.

While they find it interesting, they are also concerned about the actual safety of it, as Kaushik has important information, such as his bank account, on his phone.

“Anything that requires his password or FaceID, I can get into now.” Sharma said.

Some may claim it’s because the two look alike, but they do not believe that’s the case.

“We also have another friend that looks more like [Sharma], and his face doesn’t work on [my phone].” Kaushik said.

While the pair thought their problem was interesting, they never expected the attention they received.

“It’s just really unexpected and weird,” Kaushik said. “We had this friend who  we sent the video, and he was like ‘Whoa, what?’ and then sent it out to J.D. Miles, the CBS [staff] reporter, and he wanted to do a story on it.”

Despite numerous attempts to solve the problem, including resetting Face ID, the pair have yet to find the solution.

“We sent our Face logs to Apple, so they could figure out what’s the problem with our faces.” Sharma said.