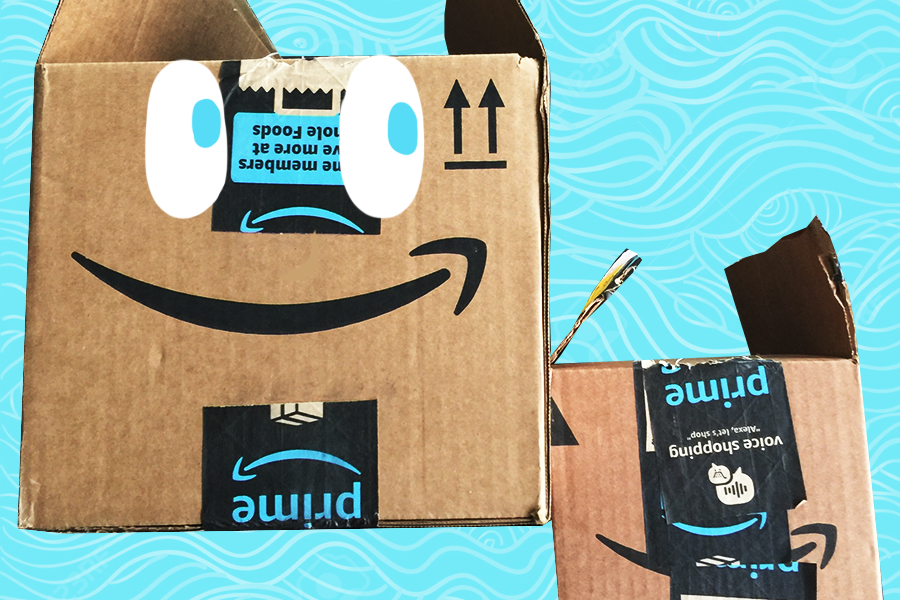 Amazon has three Fulfilment Centers in Coppell. The tech-giant was motivated to come to the city five years ago because of a 10 year 75% tax abatement.

“New York City gave Amazon a real opportunity here, and all we asked is that they be a good neighbor and be apart of the community. And clearly, they weren’t ready to do that.”

Tech-giant Amazon had planned to build a headquarters in New York City and promised to bring at least 25,000 jobs. In exchange, the city had offered $3 billion in government incentives. New Yorkers who opposed the construction of the headquarters resented the corporation for varying reasons.

Opposition argued the government incentives would be better spent in other areas; many were also skeptical if the 25,000 jobs promised would go to New Yorkers, and many were worried of the effects of having so many more people cram into Queens.

Coppell is home to three Amazon warehouses, or Fulfillment Centers. The situation in New York is different because it would have been a headquarters and not a Fulfillment Center. Moreover, the cities have a population difference in millions. However, Coppell residents also have mixed views on if Amazon is a “good neighbor”.

One topic of debate is the working conditions across Amazon facilities. Amazon has said it is more than proud of its working conditions, with the three Fulfillment Centers in Coppell employing over 4,000 people from the area.

“Amazon is proud to have created thousands of roles – these are good jobs with highly competitive pay and full benefits,” Amazon Regional Operations public relations manager Brenda Alfred said via email. “One of the reasons we’ve been able to attract so many people to join us is that our number one priority is to ensure a positive and safe working environment.”

As of last November, Amazon has been paying a minimum wage of $15 per hour. This is almost double the minimum wage in Texas ($7.25 per hour). Amazon also offers comprehensive healthcare on day one, 20-week paid parental leave and Amazon’s innovative Career Choice program, which pre-pays 95% of tuition for courses in high-demand fields.

However, a high minimum wage has not silenced critics of the work environment.

“I worked night shifts for six months in 2017,” former Coppell fulfillment center employee John Woo said. “The work there was really tough and fast, it wasn’t a very good work environment. There was no such thing like a fixed schedule for the day, we were assigned with new tasks every time they needed more hands. I had two paid 15-min breaks, and one unpaid 30-min lunch break.”

For workers in a warehouse, a salary is dictated by more than the money earned per hour. Wages are dependent on the amount of hours available and the probability of unexpected medical expenses arising.

“I have a feeling they treat their employees as temporary parts to dispose in some time,” Woo said. “In the Coppell distribution center, the work environment was not really good. There was so much dust, so I had to wear a mask all the time. There was a high risk of getting hurt in the back, and many quit their job in two months. Especially due to the fluctuating weekly work hours based on the volume of the work, my income as a employee was greatly fluctuating, and I did not feel I was respected as an employee there.”

In New York, the most controversial aspect of the proposed Amazon move was the massive tax cuts the tech-giant was to receive. However, the tax cuts Coppell offered Amazon for them to construct three warehouses received a very different response. Amazon is currently receiving a 75% abatement for 10 years.

Coppell is already collecting millions of dollars from Amazon on an annual basis from property taxes and sales taxes. However, the city is hoping the sales tax income rises in these coming months because of proposed state legislation.

“The way the state of Texas is set up is that it’s origination based,” Hurley said. “That’s where we collect some sales tax today from some of our warehouses because the orders are originating in Coppell. Amazon was not set up that way, that is why the state of Texas and Amazon are working on their sourcing to potentially provide a full organization base. Amazon is not origination as of now.”

The Texas House is currently in session. Should the House pass a bill stating Amazon must be taxed fully organization based, the amount of money Coppell would receive from these warehouse would drastically rise.

Cities like Coppell attract large corporations such as Amazon and The Container Store for a multitude of reasons.

“For our fulfillment center, there are a lot of contributing factors that go into our thought process on where to place a new fulfillment center,” Alfred said. “We looked at the workforce and found talent in abundance in North Texas. We’re also responding to customer demand and want to make sure our Fulfillment Centers are close to customers so we can offer great Prime service and fast shipping speeds.”

Wages. Taxes. Working conditions. While the Amazon warehouses are full of topics of debate, the home of smiley-boxes will be here for years to come.