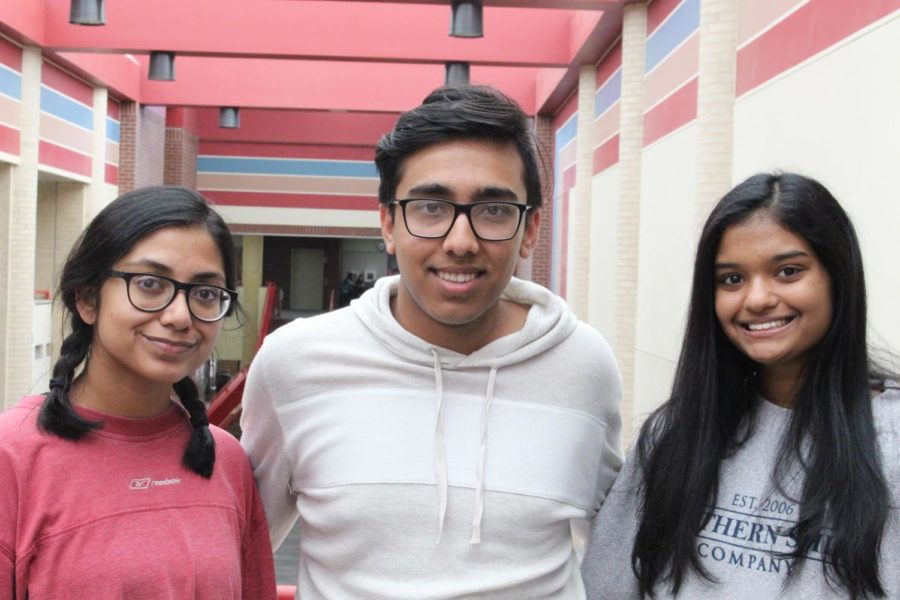 Walking across the stage amidst roaring applause, Coppell High School students Sahana Rao, Athira Suresh and Bikal Sharma were chosen as first place winners for the Best Delegate Award at the SCIMUN conference, along with third-place winners Roma Mazumdar and Neil Upreti for the Honorable Delegate Award.

What shocked students and teachers in the conference, though, is not only the strong competition among different schools but its unprecedented results – specifically for Coppell. Coppell‘s Model UN (MUN) team received all three first place prizes awarded in the entire competition, making the team stand out even more than before.

“It’s crazy we got all three first place spots at the conference,” said Rao, a junior. “It was really unexpected at first because we can never really tell until the award ceremony. When we heard our names, we were all shocked. It’s still hard to believe honestly because you don’t really see delegates from one school winning that much.”

MUN is an extracurricular activity where students act as delegates for the United Nations. Thousands of students, ranging from middle school to college, participate to develop a variety of skills from public speaking to debating. Students partake in this process at MUN conferences, which are generally organized by school clubs such as Coppell’s MUN club.

“They actually put a lot of effort into [MUN]”, CHS MUN sponsor Melissa Alexander-Blythe said. “They do mock conferences and work with other schools; it’s pretty cool to watch them do it and understand the process of how it works.”

Such preparation primarily consists of thorough research, public speaking practice and effective teamwork. Many UN conferences incorporate this in different forms; some hold simulations of UN committees, and others of the UN Security Council, UN General Assembly and U.S. National Security Council. For Coppell High School’s SCIMUN competition at Texas Academy of Math and Science (TAMS) in Denton, students were divided into UN committees.

“The first conference I went to, I had absolutely no idea what I was doing,” said Suresh, a junior. “But as I got to experience the whole process [for the first time], it made this conference a lot easier to prepare for. I learned so much about public speaking, especially from people we were against and people on our team.”

Within each UN committee, delegates are assigned countries to represent in different situations. Students begin by giving speeches detailing their country’s position on the topic and offering possible resolutions. Once delegates come to a general consensus, the committee votes to determine whether or not the resolution will be adopted. At the end of the conference, delegates in each committee are recognized.

“Their hard work absolutely paid off,” Alexander-Blythe said. “They usually do really well at conferences, but yes, their practice made it happen.”