We are our biggest fear

Generation Z focuses on the now, not tomorrow 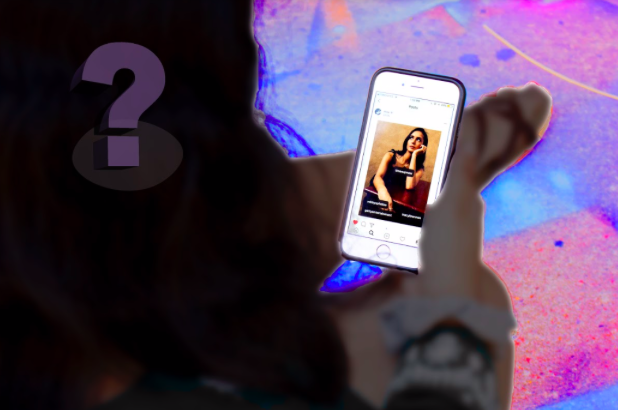 The Sidekick staff writer Anika Arutla thinks the current youth’s carefree mentality can have consequences by comparing it with the popular Lifetime TV show “You.” In the TV show, a stalker named, Joe, becomes obsessed with a girl named Beck, who keeps her social media public and does not take precautions to maintain her safety.

That will not happen to me.

That is what most of us say –  until it does.

There is an assumption that everything will solve itself and that a safety net will catch us if something were to happen. This mindset is nothing new, it exists within every person.

Our parents were just as carefree as we are, partying and drinking did not get invented in the last 20 years. What separates us from our parents and the generations before us is the illusion we are safer  now. Although this is somewhat true, it is not a reason to disregard caution.

Smartphones give us the comfort that with a tap of the button, we are saved through a simple text or phone call. It is true the rapid advancement of technology helps us, but at what cost?

Generation Z depends on the illusion of safety.

We make our social media accounts public and document every waking moment of our lives. In 2018, 45 percent of teens said they are constantly on social media.

Trust comes easily to us because we think we know everything about a person from  the way they portray themselves on social media. We don’t think carefully about who we let in or if they could potentially be harmful because it just won’t happen to us.

Lifetime TV series “You” is the perfect depiction of this scenario. The show focuses on the main character, Guinevere Beck (played by Elizabeth Lail), unknowingly letting a stalker, Joe Goldberg (Penn Badgley), into her life.

Of course, she makes it painstakingly easy for him. All her accounts are public, her friends are social media gurus and her apartment is on the building’s bottom floor with windows that do not have any curtains.

In one of Goldberg’s first internal-dialogue lines , he thinks, “Hello. Who are you? All your accounts are public, you want them to see you, to listen to you, to know you. And I thank you.”

Beck’s situation is an example of the extreme, but the fact so many people, including myself, can relate to Beck in the slightest bit is an outright slap across the face.

My accounts are private, with the exception of Twitter which I hardly use, and I have only a small amount of people on my more private social media such as Snapchat. I think I’m not giving away too much and I have everything under control, but losing control is easier than it looks.

Emphasizing YOLO (You-Only-Live-Once) culture plays a significant role in our carefree personalities. There is a risk with every choice we make and some choices prove to have more detrimental consequences. Either way, the high of instant gratification clouds our judgment and often times, consequences pass over our heads.

The ones committing the crimes are the ones in the wrong – there is no doubt about it. The victim is nowhere to be blamed. But choices dictate our lifestyle.

In the summer of 2014, an anonymous 20-year-old student from the Virginia Commonwealth University (VCU) was sexually assaulted. She acknowledged she was so far drunk, her brain was not functioning to its capacity.

“I was too drunk to say no,”  she said. “But if I wasn’t drunk, I wouldn’t have gone upstairs at all. Nothing that happened that night would have happened if I’d been sober.”

It is time to burst the bubbles we have created and recognize we do not live in a safe world and take accountability of our lives.