Book of the week: Every Day by David Levithan 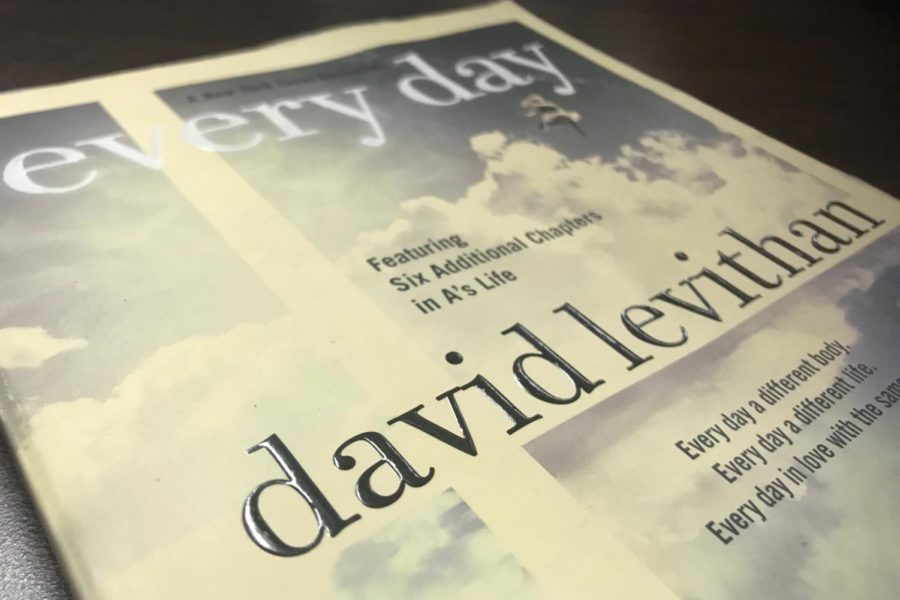 Sometimes we wish we could be someone else, but in Every Day by David Levithan, the main character, A, wishes he could just be himself for once.

A wakes up in a different human’s body each morning, inhabiting him or her for the rest of that day. He lives inside girls, boys, models, drug-addicts – a plethora of diverse people. The next day, the human does not clearly remember the possession but feels a vague, strange sensation.

Due to this phenomenon, A has never been able to form lasting, personal relationships, which is the saddest part of his story. Levithan manages to make the reader pity A, despite the fact he traditionally would not be the story’s “victim” -as opposed to the people he possesses, and he would be labeled an evil supernatural being.

At the beginning of Every Day, A meets Rhiannon and forms a bond, eventually leading him to reveal his secret to her and feel the joy of human connection.

The romance feels rushed and cliche, so I was disappointed the book placed so much emphasis on it. A more well developed relationship – romantic or otherwise – would have made the story feel more authentic.

One of my favorite parts is when A discusses how human beings are 98 percent the same, but we focus on the two percent difference and that’s what causes most of the world’s conflict. Overall, Every Day beautifully explores the meaningless of gender and the question of what determines our identity.