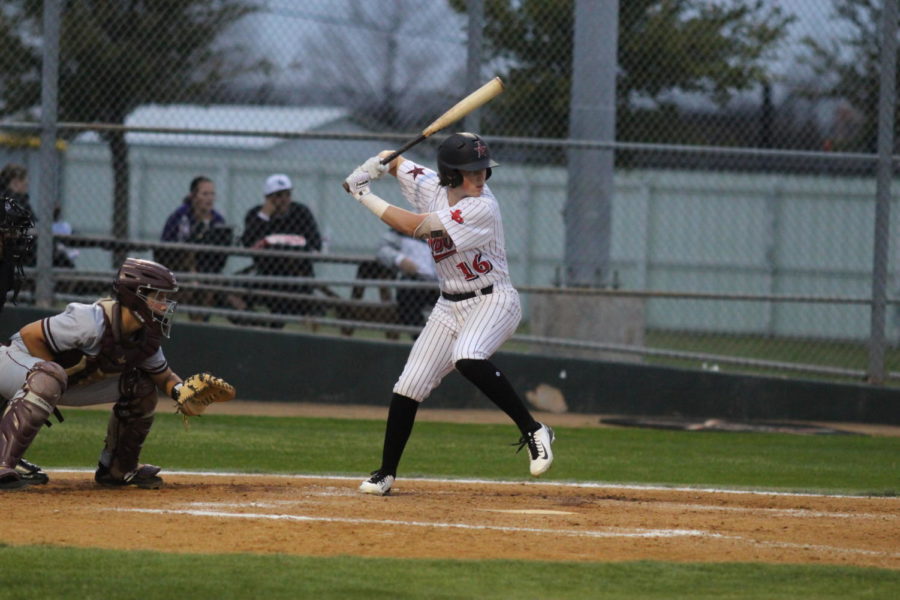 After six and a half innings and an early lead in the bottom of the first, the Cowboys beat Lewisville, 10-3, on Friday at the Coppell ISD Baseball/Softball Complex.

The Farmers scored in the top of the first, to which the Cowboys answered by scoring four in the bottom of the inning. Freshman third baseman Walker Polk scored the first run with the help of a line drive from junior catcher Hudson Polk. Senior second baseman Josh Bartolacci singled to score senior outfielder Nick Vernars. The third and fourth runs came from senior first baseman Kalen Clark and Bartolacci after a single by senior infielder Carter Bacci.

“The hitters had a really good night and put pressure on them early,” Coppell coach Kendall Clark said. “We had a lot of quality at-bats, the bottom of the first inning we put up four, [and] was a lot of good at bats. That sets the tone for everybody to relax and play comfortable.”

Both teams scored in the third inning, making the score 5-2. Sophomore designated hitter Chayton Krauss and senior outfielder Blake Jackson scored in the bottom of the fourth.

Vernars was hit by pitch and was replaced by sophomore courtesy runner Ryan Walker in the bottom of the fifth. In that same half inning, Walker and Clark score, and Bartolacci follows on a wild pitch, the score now 10-2.

“I think we did good,” Jeon said. “As a team we played really good, we picked each other up. We got outs when we needed them, we had good defensive plays, and at the end it all worked out.”

The overall environment was lively as it was Coppell Baseball Association Night. Students were able to get in for free with Coppell shirts and children wore their uniforms.

“We like it when the little kids get to wear their uniform and come to the game and think about being a Coppell Cowboy down the road,” Clark said. “It’s a neat night.”