Past to present: How Heritage Night continues to evolve, celebrate global diversity (with video) 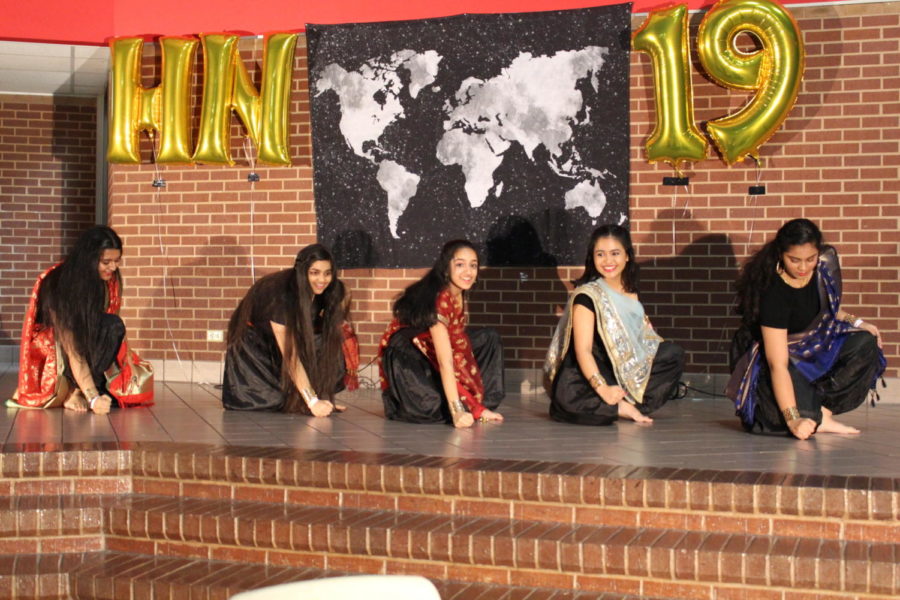 The audience roared wildly as mega-hit Bollywood songs burst from the speakers. A moment of bliss, laughter and happiness bloomed over the audience and performers as people came together into one world.

Heritage Night, held Friday night in the CHS commons, aimed to celebrate the global diversity on campus. There were 24 various performances ranging from Bollywood singing and dancing to K-pop, which had a lot of the audience squealing.

The night commenced with Bollywood dancing that had the audience standing on their feet. Then there were more K-Pop dance routines followed by singing performances. The Sidekick’s editor-in-chief, CHS senior Kelly Wei, even sung “Yellow” a Chinese cover by Katherine Ho to display her Chinese heritage.

For many first time attendees, Heritage Night was a unique experience.

“It was very interesting and informative,” CHS junior Joel Phua said. “I didn’t even know that much about other people’s cultures prior to Heritage Night,”

“Rather than us spending the money out of pocket to get pizza where everyone could have one piece, we thought we would get the food trucks,” JAWC Sponsor Melissa Alexander-Blythe said. “There were vegetarian options for people that were vegetarian, so it allowed people to eat what they wanted, if they wanted.”

Following more Bollywood and K-pop performances, the CHS commons turned into a dance floor open to all attendees. Attendees were dancing to the latest songs which radiated through the whole school.

However, Heritage Night was not always a night filled with just performances.

A few years ago, Heritage Night was a two-part event including a tri-board competition and a talent show. The tri-board event was where students would present information about a country’s culture, history and economics and bring some type of food or perform something to go along with it.

“[Former CHS Principal Mike Jasso], would be a co-host with me, and we would judge the tri-board,” former JWAC Sponsor Jared Stansel said. “It was a competition, and we would announce the prizes in front of everybody.”

Then the event would transition into the talent show where students could showcase their heritage and culture.

“We had Korean break dancers, Hungarian poetry, it was a very diverse array of cultures being presented,” Stansel said.

Even though the tri-board portion of Heritage Night has discontinued, many students still flock to Heritage Night in hopes of presenting their culture in the brightest way possible.

“We are all our own person and we all have our family history,” CHS junior Riya Chandrasekar said. “We all have these different cultures, and at the end of the day if we all just come together and celebrate, we can get rid of the stereotypes and racism.”