Stringer thriving at CHS9 after moving from South Africa 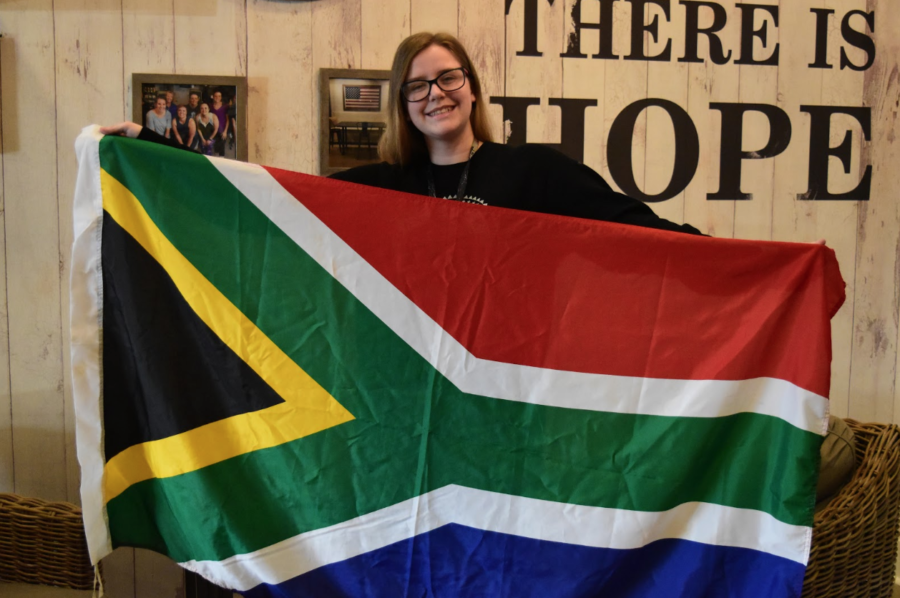 “I’ll see you now now,”  CHS9 freshman Caitlin Stringer said as she left her friends; noting the look of confusion on their faces, she realized people in America do not use that phrase.

Stringer’s recent move from South Africa to Coppell has been an interesting adjustment for her.

Following her mother’s job transfer in Texas, Stringer and her family moved to Coppell last July. Because economic and career opportunities are more accessible in America, Stringer was thrilled to be moving here.

“In South Africa, America is [seen as] a very cool place,” Stringer said. “You only ever go there for vacation, and it’s always on TV. Everyone wants to go there. So when I heard about the opportunity to move there and live there, I was super excited.”

Transitioning to Coppell had its challenges, but Stringer’s accent presented itself as an ice breaker, and she was fast to make friends and familiarize herself with Coppell.

“My first impression of [Stringer] was that she had an accent I thought was cool,” CHS9 freshman Michael Creed said.  “I met [Stringer] in theater, and I’d say she’s funny, she’s sweet, energetic and overall is a really great person.”

By befriending students of CHS9, Stringer realized America is not all what she expected – dramatized as it is on “reality” television. Rather, it shared some aspects of society with South Africa. For example, the pedagogy in both countries were similar as they emphasized college readiness. However, on the topic of school, different courses were offered at South Africa, including the native language of Afrikaans. Most schools in her home country tend to be private schools.

Furthermore, schools are taught in a seven day cycle, with weekends off, instead of the two day cycle of A days and B days at CHS9. The culture within the school was also was different in South Africa, as students spent more time with each other, and it was normal for students to sleep over at their friend’s house on school nights.

The one thing remaining constant for Stringer is her love of writing. In South Africa, she joined a creative writing club at her school, Southdowns College. She looks to join one at Coppell High School next year.

“[Stringer] has a really good choice of words, so I always notice her vocabulary and her writing,” CHS9 English teacher Summer Ward said. “She has so much personality, it is just oozing out of her.”

At Coppell, Stringer finds although she speaks English, the language is different in that the English dialect in South Africa incorporates many phrases from Afrikaans.

“The language is obviously not the same, so I have to watch the way I speak here,” Stringer said. “For example, here you guys say trash can, but we call it a dustbin or a rubbish bin. We also call little insects, like bugs, ‘goggas’.”

Even though her language may not be colloquially correct, Stringer’s move to Coppell has improved her confidence.

“When you have something so unique and different about you, you have to take pride in it,” Stringer said. “Now that I take pride in [being South African], it gives me a lot of self confidence, because I can talk about and am knowledgeable about it.”

Stringer has loved her first year at Coppell and looks forward to sharing more about her South African heritage and experiencing more of American culture.