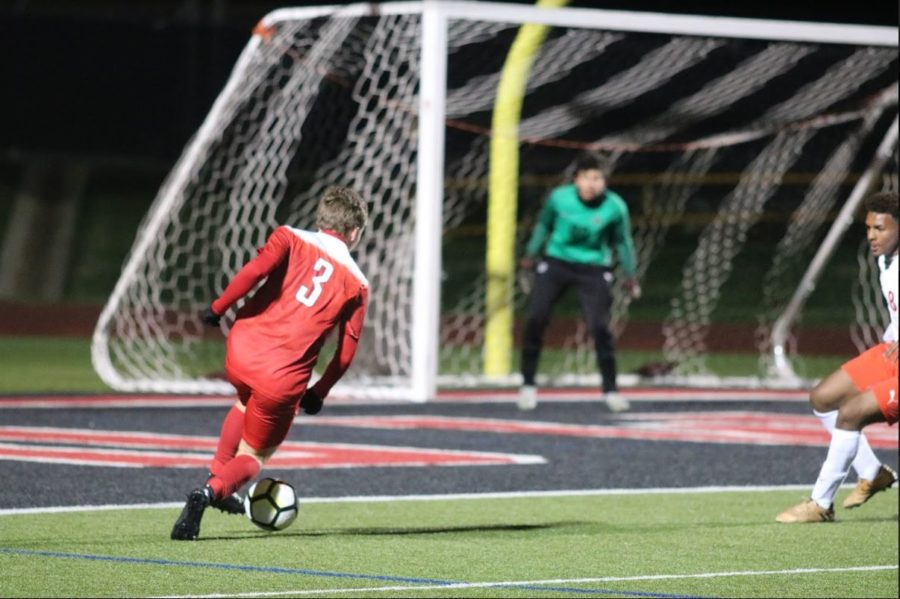 The Coppell boys soccer team, which is currently leading District 6-6A, is set to play Flower Mound, currently in second place, in an away match today at 7:30 p.m. for its second to last district match.

The Cowboys have had quite a rollercoaster of a district season, going from a slow start in the first half to boasting a  6-0-1 record in the previous seven matches and taking over as the District 6-6A leaders. Already guaranteed a spot in the regional playoffs, the Cowboys are now looking to hold their position as the table leaders in their remaining two district matches.

Both Coppell and Flower Mound have an 8-3-1 record in district, with Coppell leading due to having more goals scored. A win for either team would make it district leader and potentially have strong say in deciding the district champion.

However, if the Tuesday match ends in a draw, the race to win district could grow more complicated. Marcus currently sits at third place with a 7-3-2 record and plays Lewisville tonight. Therefore, if Marcus wins and the Coppell match ends in a tie it would leave Coppell, Flower Mound and Marcus in a three-way tie going into Friday’s final night of district play.

“The Flower Mound game could very well decide who’s going to win district,” Coppell coach James Balcom said after the Irving match on Mar. 8. “I know that, our boys know that, and will play to win.”