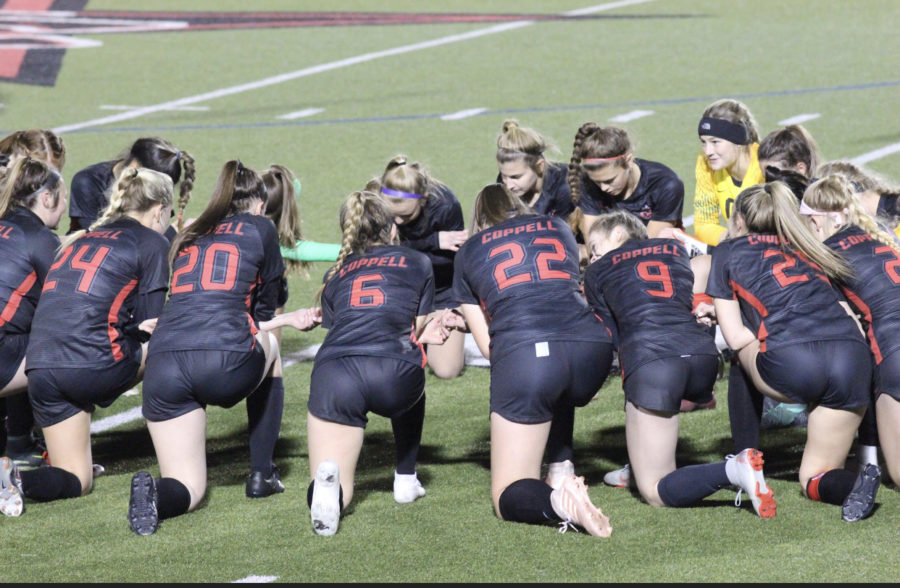 Coppell High School Varsity girls soccer team clinched the District 6-6A championship with a 5-1 win over Irving on Friday. Their third consecutive championship title comes after 22 wins, with two more games left in the season.

“It feels really awesome because we have one of the hardest districts [District 6-6A] in the state so its great that we can accomplish that,” senior defender Addison Ramirez said.

Two matches remain in district play before the Class 6A playoffs.

“We can improve on switching point of attack and trying to find the net earlier than later in the game and connecting passes [throughout the game],” sophomore forward Jocelyn Alonzo said.

“We’ve had our ups and downs at the beginning of the year but now that we’ve all come together as one time, we have one common goal of winning state as a family,” Alonzo said.