New CISD athletic director to be announced this month 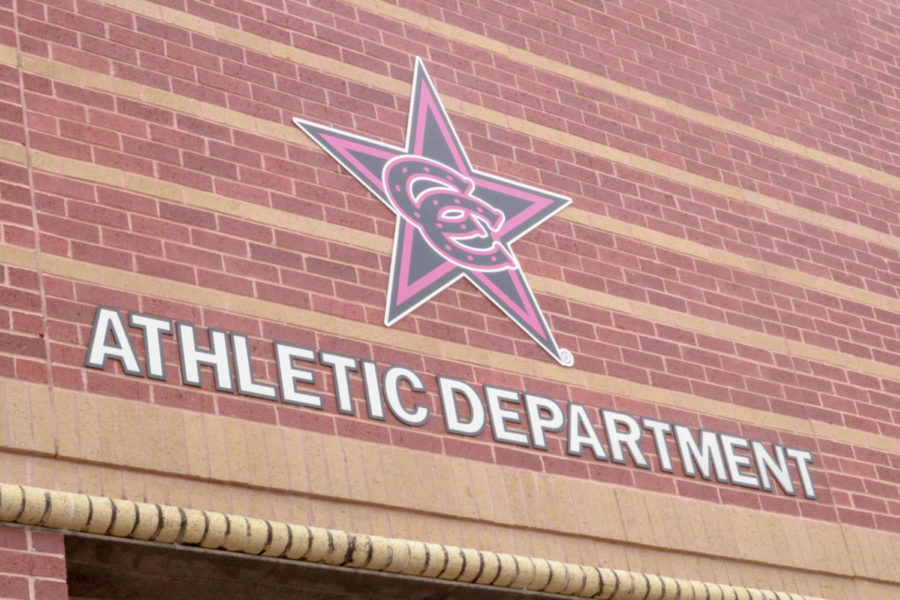 Coppell ISD is in the midst of hiring its next district athletic director. The announcement is expected to be made at the CISD Board Meeting on March 25.

Following the announcement of former athletic director Joe McBride leaving Coppell ISD to become head football coach at McKinney Boyd in late January, the district is making steady progress in its search for his replacement.

“We’re excited about the opportunity to bring someone new into the role, and we were very pleased with the job Coach McBride did,” Coppell ISD assistant superintendent administration Kristen Streeter said.

The hire is expected to be announced at the CISD Board Meeting on March 25.

CISD has seen 55 applicants since its listing.

“We are very fortunate that [Coppell] is a premier school district, people do want to come work for us,” Streeter said. “So for us, it’s pretty typical to have that many people apply.”

According to Streeter, the search follows a four-step process entailing a paper screening, where a group of administrators and coaches read all applications, in addition to multiple screening questions and a resume. Qualified applicants are brought in to interview by a committee comprised of district and campus administrators who choose their select choice of candidates to meet with the executive leadership team, which includes CISD Superintendent Brad Hunt and the chief financial officer.

“[We’re looking for] someone who’s a real leader in our school district based on the superintendent’s cabinet, so they definitely have a strong voice in the direction of athletics for Coppell ISD,” Hunt said. “We’re looking for someone who is a team player, who’s knowledgeable, who loves kids, and can be committed to taking athletics to the next level.”

Candidates are required to understand the importance of an athletic program, equal priority for boys and girls teams, preferably head or assistant coaching experience, strong leadership and good communication skills, according to Hunt.

Currently, the district has selected six applicants to meet with the first committee and hopes to later have two to three of those applicants advance to the executive leadership team.

Though the specific name of these applicants cannot be released due to hiring and legal constraints, the candidates are confirmed to have experience with athletics in the state of Texas both from out of the district and within.

“If there are internal candidates who have applied, I’m not aware of who they are, but I could tell you it’s a position that is highly sought after, I promise you,” CISD assistant athletic director Kit Pehl said.

Any CISD applicants within the final choice of finalists are required to go to the school board for final approval at the March district board meeting.

The district does not expect to see any changes in policy regarding Coppell athletics.

“We’re looking for someone that can continue to honor the excellence and the traditions we have in athletics but also looking for ways to keep us competitive in those areas,” Streeter said. “[This is] to make sure we’re following through with all of the guidelines, and are continuing to have opportunities for both boys and girls in the district, and to be able to participate in any and all athletics they might have an interest in.”

Tentative plans with the new director include a meet and greet for CISD parents, athletes and coaches that welcomes the new addition to the district.